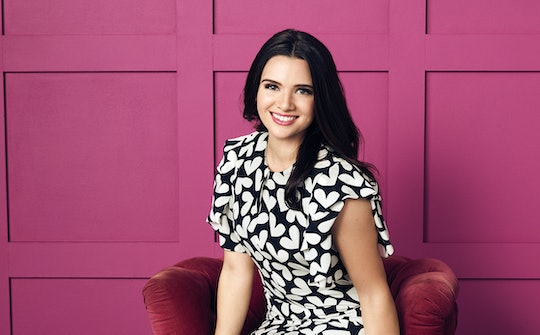 Jane From 'The Bold Type' Comes From 'Idol' Fame

Freeform's latest effort in lady-driven programming comes in the form of its new show The Bold Type. Inspired by the life of former Cosmopolitan editor-in-chief Joanna Coles, the series is centered around the lives of three friends who work for Scarlet, a global women's magazine. Jane is a writer at Scarlet who has recently been promoted to her dream job and finds a mentor in her tough-as-nails editor-in-chief, who serves to loosely represent Coles, played by Melora Hardin. So who plays Jane on The Bold Type? Her name is Katie Stevens, and you'll probably want to remember her.

Jane isn't Stevens' first TV role by any means. She previously starred as Karma Ashcroft on MTV's romantic comedy series Faking It, which ran from 2014 to 2016. As Karma, Stevens played a high school junior determined to achieve popularity by any means necessary, including concocting a scheme where she pretended to be half of the school's first openly lesbian couple with her best friend, Amy (Rita Volk), although both girls considered themselves heterosexual. Naturally, this lead to a lot of complicated feelings, which is to say Stevens is sure to be ready for the task of taking on a Freeform show's specific blend of comedy and drama.

But before she was an actress, Stevens was a singer who actually competed on the ninth season of American Idol in 2010, when she was just 16 years old. She was known for her R&B-pop sound, and wowed the judges with her performances of "At Last," "Chain of Fools," and "Let It Be." Stevens ultimately finished in eighth place and she went on to join the official American Idols LIVE! Tour 2010. In 2012, she played the title role in Todrick Hall's YouTube hit "Beauty and the Beat."

Stevens has not been shy on social media in talking about her excitement for The Bold Type, which has been hailed as a "modern gloss on sex and the single girl." She regularly engages with her fans on Twitter, asking them to tweet her what they're excited to see on the show, and in a video posted to her Instagram, Stevens discussed why she loves her new role so much. "If I could describe the series premiere in one word, it would be strong," she said. "I think that the characters are strong, and the storylines are strong, and it's a very character-driven show which is what I love about it."

The Bold Type's two-hour series premiere will air on Freeform on July 11 at 9 p.m. ET.