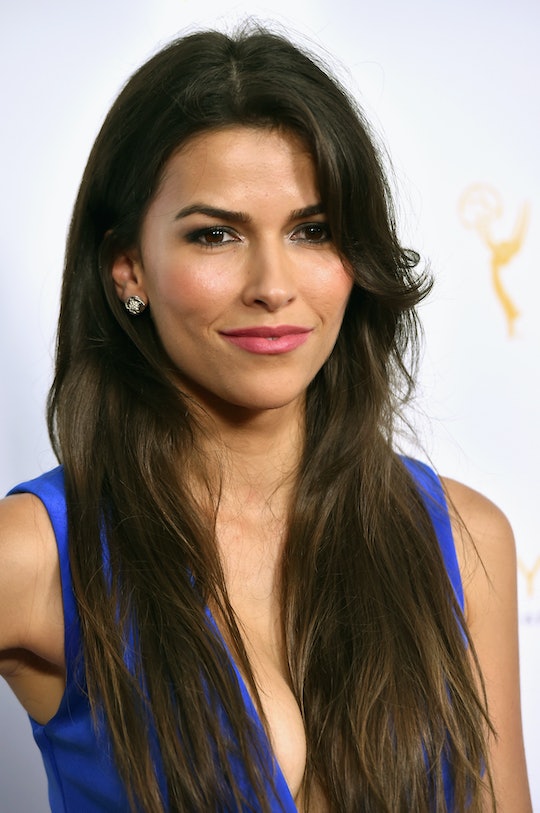 Who Plays Jane's Cousin Catalina On 'Jane The Virgin'? Sofia Pernas Is A Villanueva

Jane and Alba have always had a good relationship, mostly because Jane was always trying to please her and Jane could do no wrong in Alba's eyes. That was until Jane got in touch with her cousins against Alba's wishes. After her sister ruined her wedding by telling her soon-to-be-husband's family that she wasn't a virgin, Alba cut off all connections to her sister and that part of her family. And while that may be fine for Alba, Jane has reached the point in her life where she wants to get to know her family better. So when her cousin Catalina wanted to Skype with Jane, she couldn't resist saying yes. And now she's even shown up on her doorstep. So who plays Jane's cousin, Catalina, on Jane the Virgin? Actress Sofia Pernas is absolutely perfect for the part.

If you're a fan of soap operas, you may recognize Pernas, who had a recurring role on The Young and the Restless as Marisa Sierras. Pernas has also appeared in a few movies, including Operation Rogue, Indigenous, and Underground and has had roles in the shows like Leverage and NCIS.

When Pernas first appeared on Jane the Virgin is was through a computer screen. After Jane donated to her cousin's GoFundMe page, Catalina reached out to Jane and then asked if they could Skype. Although Jane was hesitant because she knew Alba would be upset, she decided getting to know her cousin was worth Alba's fury. The two began to talk and Jane learned there was so much about her family she didn't know, which only made her want to get to know them even more. Once she had this realization, she decided that sometimes she and Alba wouldn't see eye to eye on things and told Alba that they should just agree to disagree on this, and thus their fight was resolved.

However, the fight may be reopened now that Catalina has surprised Jane by showing up out of the blue without any warning. In fact, based on the preview for the next episode, it looks like having Catalina around may definitely become a problem for Jane, but not necessarily just because of Alba. From the look of things, Catalina and Rafael may hit it off and despite the fact that Jane is now happily married to Michael, she doesn't look all that thrilled with the idea of her cousin flirting with the father of her child.

It turns out having cousins may be more trouble than it's worth for Jane, but will she really send Catalina packing? And why did she just suddenly show up in front Jane's door so soon after getting acquainted? Is there more to her than meets the eye? Fans will just have to wait and see.