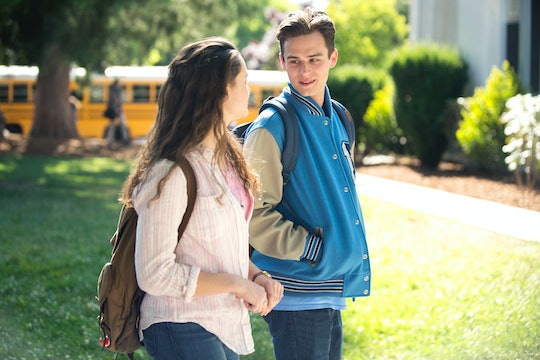 Justin From '13 Reasons Why' Is New To Hollywood

Book lovers and TV lovers will always be in a battle of which version of a production was better, the book or the adaptation, but there is plenty of love to go around for both when it comes to Netflix’s 13 Reasons Why. The newest series stars several younger actors and a few newcomers, including Brandon Flynn, who plays Justin on 13 Reasons Why. Flynn has been in just one other TV show, BrainDead, for one episode, so this will be his first major role.

The Netflix adaptation of the young adult novel focuses on a group of high schoolers who are dealing with the aftermath of one of their own, Hannah Baker, who committed suicide after suffering through various forms of bullying. She left behind 13 tapes for each of them to listen to before passing them on to the next person. In Hannah’s own words in the show, each of these 13 people contributed to her decision in some way.

The intertwining stories are bound to be dark and, for some, tragically familiar considering how relevant teen bullying and depression still are today. And while Flynn may not have a lot of acting experience, he has been described by TV Guide as giving one of the “breakout performances” of the series.

Although Flynn isn’t as well-known as one of the show’s producers, Selena Gomez, or the character Clay (Dylan Minnette of Scandal fame), he does have some more experience onstage rather than in front of the camera. Most recently, Flynn co-starred in the off-Broadway production of the musical Kid Victory, proving that while he might be a new face for many, he’s not necessarily new to show business as a whole.

Since beginning production on 13 Reasons Why, it seems like Flynn developed a super adorable friendship with fellow cast member Miles Heizer (Parenthood), who plays another of the 13 kids on Hannah's tapes in the show. Clearly these two are total BFF goals and couldn't be any cuter.

13 Reasons Why is not only about learning about how each of these characters fit into Hannah's tragic story. It's also about how bullying can feel for kids, even if the ones doing it don’t realize it at the time — or at least don't realize how seriously their words and actions can impact others around them.

13 Reasons Why will premiere on Netflix on March 31.