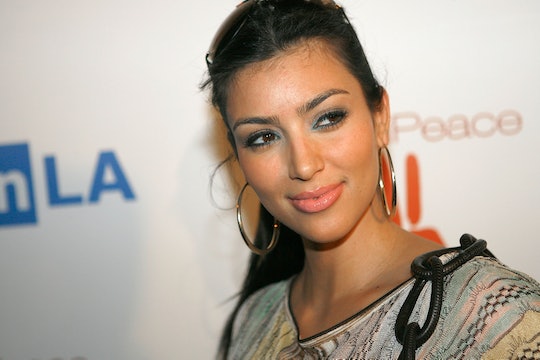 Fans of real-life murder mysteries were likely glued to the new FX mini-series The People v. O.J. Simpson: American Crime Story when it premiered earlier this month. All the major elements from the sensational 1995 murder trial were well accounted for in the new show from Ryan Murphy: everything from the grisly murder scene, to the white Ford Bronco, and the infamous bloody glove made appearances in the first episode. But the biggest surprise for viewers might have been the unexpected cameos from the Kardashian family — specifically the kid versions of Kourtney, Kim, Khloe, and Rob. And it might be even more surprising to hear that the child actress who plays Kim Kardashian in The People v. O.J. Simpson: American Crime Story was relatively unknown before she managed to land the role.

The new anthology series gave a behind-the-scenes look at the criminal trial from the attorneys’ perspectives. But none of it would fly without the near-perfect casting of the actors slated to play the personalities at the center of the story. The American Crime Story cast includes Cuba Gooding, Jr. as Simpson, Sarah Paulson as Los Angeles prosecutor Marcia Clark, John Travolta as Simpson’s defense attorney Robert Shapiro, and David Schwimmer as Simpson’s close friend (and patriarch of the Kardashian dynasty) Robert Kardashian.

We haven’t heard much about the child actors playing the Kardashian kids, except several on-set photos posted by E! Online showing how eerily similar the actors look to the Kardashians themselves. But according to IMDB, the role of Kim Kardashian was played by Veronica Galvez — and American Crime Story is likely her first major project.

Galvez is only 14 years old, according to the young actress’s public Facebook page, roughly the same age that Kardashian herself would have been at the time of the trial. Galvez and the other child actors aren’t featured much in the promotion surrounding the show — likely because the children had little to do with the case. Still, their presence seems to give the writers a way to give a nod to Simpson’s friendship with the famous family and some of the lessons that the late Robert Kardashian might have imparted to his kids. In a Facebook post from last December, Galvez even shared a promo promising a telling on-screen moment between Kardashian and his daughters, highlighting the family's tight knit early days.

It looks like viewers will get plenty of opportunities for “blink and you’ll miss it” shots of the famous family. Mentions of the kids abound, including a disturbing revelation in the first episode that Simpson may have allegedly attempted suicide in teenaged Kim's bedroom.

According to IMDB, Galvez is slated to appear in five of the ten episodes in the series. Isabella Balbi, the actress playing Kim’s older sister Kourtney, will appear in four episodes. New episodes of The People v. O.J. Simpson: American Crime Story air on FX Networks on Tuesdays at 10:00 p.m. ET. Prep the popcorn machine and get ready to indulge in a little more American Crime Story when the highly anticipated episode three airs next week.