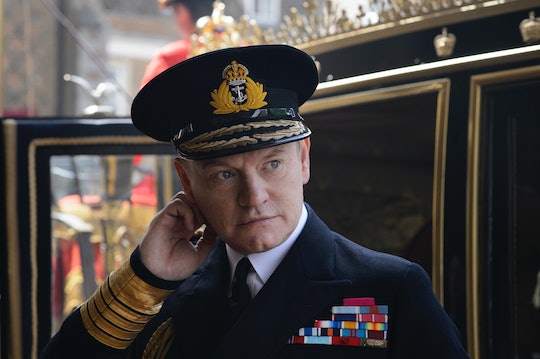 Netflix's latest drama, The Crown, follows the lives of the British monarchy shortly after World War II. The first season begins just before the ascension of Queen Elizabeth II to the throne and ends in 1955. But before Elizabeth became Queen, it was her father, King George VI, who ruled after his brother, Edward VIII, abdicated the throne. There are many people who've played the role of the king throughout the years, but according to critics Jared Harris plays King George VI on The Crown as if he was born for the part.

Harris has had a lot of different roles over the years but most people probably remember him best for his role as Lance Pryce on Mad Men, which even earned him an Emmy nomination. Besides that, Harris has appeared in various TV shows throughout his career, including The Terror, The Expanse, Fringe, The Riches, and To the Ends of the Earth, to name a few. He's also appeared in countless films as well, such as Resident Evil: Apocalypse, Lincoln, The Curious Case of Benjamin Button, Sherlock Holmes: A Game of Shadows, and The Boxtrolls. Suffice to say, it's clear that Harris has enough acting experience under his belt to do King George VI justice.

Aside from Harris, The Crown is filled with an amazing cast overall. Claire Foy, who you may recognize from Me Before You, plays the young Queen Elizabeth II; Matt Smith of Doctor Who fame plays her husband, Prince Philip Mountbatten, Duke of Edinburgh; and the great John Lithgow, who's known for so many amazing roles over the years, plays Sir Winston Churchill, the British Prime Minister.

But apart from the amazing cast, the show also has amazing costumes that befit the British monarchy. The Crown is the most expensive Netflix series made to date, costing the streaming service $100 million, though, apparently it'll be worth every penny. The Crown is set to have six seasons that will chronicle the life of Queen Elizabeth II all the way up to the present day and the second season is reportedly already in pre-production. Ahead of it's premiere, The Crown has achieved critical acclaim and it may just be Netflix's greatest show yet.