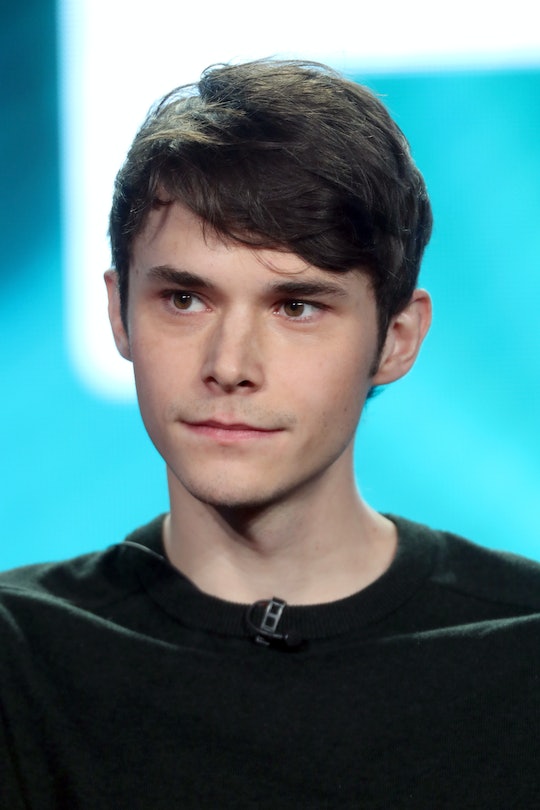 There’s a fresh new face on Riverdale, and it looks like he’s giving everyone a run for their money. Kurtz — the G &G obsessed leader of the Gargoyle Gang — was recruited to join the Serpents, but there’s much more to him than meets the eye. Fans are eager to welcome the actor into the fold, so many are wondering who plays Kurtz on Riverdale, considering he’s officially part of the family now.

Jonathan Whitesell is a Canadian actor who’s been on a number of popular TV shows over the years. He’s known for his recurring role as Bryan on Season 4 and 5 of The 100, as well as his lead role as Luke Mathews on Beyond. Whitesell was featured in shows like Once Upon a Time, The X-Files, and Beyblade Burst, and he was also in the recent Netflix film Hold The Dark. Most recently, the actor was on the “War Games” episode of Project Blue Book, and he’ll be featured in the upcoming The Twilight Zone reboot — in an episode titled “The Comedian.”

On Riverdale, Whitesell plays Kurtz, a mysterious kid who is completely immersed into the world of Gryphons and Gargoyles. When Jughead calls G&G a game, Kurtz eerily defends it, claiming it is really a prophecy that connects him to the Gargoyle King. This indicates that the true Gargoyle King — who is neither Tall Boy or Moose’s dad — is still plotting his evil schemes somewhere in Riverdale.

Because the Serpents needed more manpower to keep a hold on the town, Gladys recruited Kurtz and his Gargoyle Gang to join the Serpents. But instead of falling in line under the leadership of Jughead, Kurtz is out and about carrying on with missions for the game. Not only does he rob a chem-lab, he tries to kill Fangs by throwing him out of a second floor window. Luckily, Jughead was there to break Fangs’ fall, but Kurtz’ actions prove that Jughead and the Serpents have serious trouble on their hands.

So who is Kurtz? Nothing is coincidental or accidental on Riverdale, which is why fans think that Kurtz isn’t just any normal (weirdly obsessed) Riverdale kid. Some fans think Kurtz is really Charles Smith — Alice and FP’s long lost love child that she gave up when she was a teen at the Sisters of Quiet Mercy. In Season 2, a kid named Chic showed up and said he was Charles, but later admitted that he was just pretending. He told everyone that Charles was dead, but fans know that nothing is that simple on Riverdale. If Kurtz is Alice and FP’s child, then that makes him Jughead’s brother, which could make for a delicious twist to the story.

Fans are excited about all the potential storyline angles Kurtz could bring to the show, but they are mostly thrilled to see the addition of this deeply mysterious character. Luckily for Whitesell, Riverdale fans are open and welcoming, and they more than happy to see him jump on board and join the family.