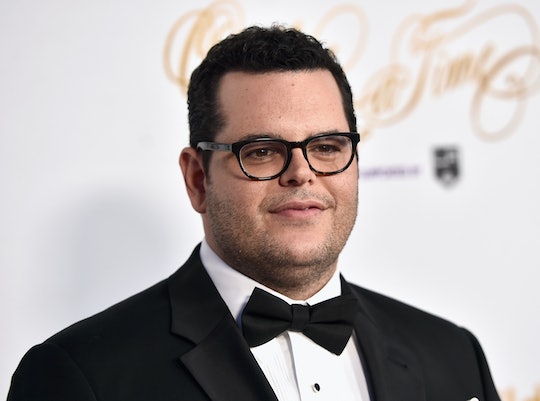 Fans of the classic film are gearing up to relive the love story at the center of Disney's 1991 original Beauty and the Beast, now adapted as a live action blockbuster starring Emma Watson. But the 2017 version doesn't confine its onscreen romance to the typical storyline of heterosexual love that unfolds between its two title characters. In fact, the actor who plays LeFou in Beauty in the Beast, the 21st century edition, is "beyond proud" that his character is part of what director Bill Condon is calling Disney's first "exclusively gay moment." Josh Gad is totally disregarding the controversy surrounding the groundbreaking yet-to-be-unveiled scene in favor of celebrating the LGBT representation it brings to the silver screen.

The film will be released in the United States on March 17, but already a theater in Alabama has pledged not to show it because of the anticipated same-sex romantic encounter. But the 36-year-old Gad is simply baffled by that response. "It's about unity, it's about never judging a book by its cover," he said at the film's premiere recently, People magazine reported. In the remake of the movie, his character is interested in his friend and film antagonist Gaston (Luke Evans), feelings that culminate in a "subtle but incredibly effective" scene, he told the magazine.

To find out exactly what goes down — and whether that results in Disney's trademark "happily every after" — fans will have to catch the film when it premieres nationwide.

But they won't have to wait that long to experience Gad's onscreen acumen. The actor is known for his roles in The Angry Birds Movie and the 2010 hit Love & Other Drugs. He's also no newbie to Disney, having starred in the 2013 runaway success Frozen as the snowman Olaf. It's a role that he actually didn't even audition for, as he said in a HuffPost Live appearance in early 2015:

At that time it was called Anna and The Snow Queen, and I was brought in to read the role of Olaf, which was the only existing character that actually lasted when they changed it to Frozen,” said Gad. “I guess the creative team just felt like it was the right match, and from that point, I sort of stayed in the back of their heads.

As the actor behind Disney's first gay character, Gad will more than likely stick with his Beauty and the Beast viewers, as well. After all, Condon had nothing but praise for his performance in a recent interview with Attitude magazine. "He’s confused about what he wants," the director said of the fictional character. "It’s somebody who’s just realizing that he has these feelings. And Josh makes something really subtle and delicious out of it."

When social progress in the form of LGBT representation meets the work of a talented actors and a revamped storyline of a beloved classic film, that's a win-win-win.