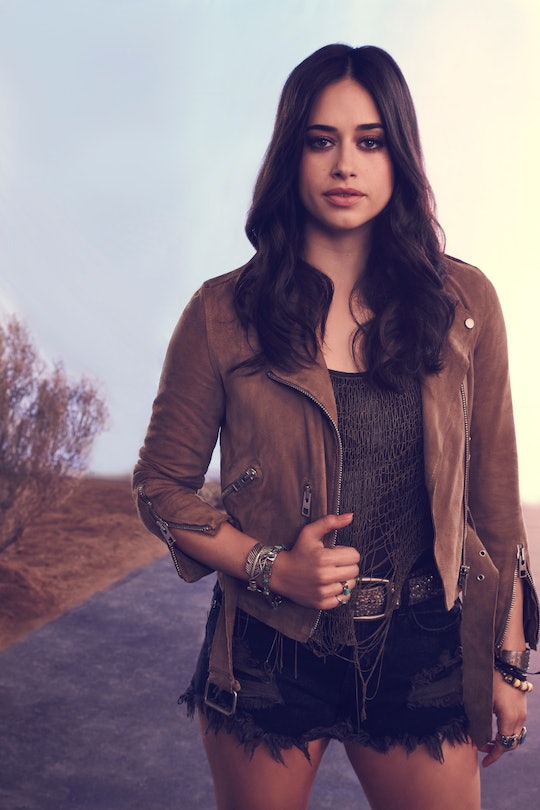 Here's Everything We Know About Liz On 'Roswell, New Mexico'

The CW’s new series, Roswell, New Mexico may be a reboot of the late ‘90s show, Roswell, but it features a whole new vibe with a fresh cast of characters. The show follows a group of twenty-something humans and aliens as drama and romance unfolds between their two species. Shiri Appleby played the lead role of Liz on the ‘90s series, but fans are dying to know, who plays Liz on Roswell, New Mexico?

Actress Jeanine Mason plays Liz on the new series, and you may recognize her from some of the popular television shows she's been on in recent years. Mason started her TV career at the age of 18, when she competed and won Season 5 of So You Think You Can Dance. Since then she played Cozette on the ABC drama Bunheads, and later went on to play the recurring role of Dr. Sam Bello on Season 14 of Grey’s Anatomy.

But Mason’s character on Roswell, New Mexico is a slightly different than the Liz you may remember from Roswell. Both TV series are based on the Roswell High books, but the ‘90s series changed Liz’s last name — which was Ortecho in the books — to Parker. On the new show, Liz’s character is going back to her original Mexican-American name and will have a slightly different story arc.

In an interview with Showbiz Junkies, Mason described her character and how she differs from the ‘90s series. “She’s Liz Ortecho so she’s a totally different character,” said Mason. “She’s no longer Liz Parker. She’s Mexican American, as she was in the book series. She’s an activist, she’s a scientist. She’s a woman who is ignited, I like to say.” Mason added that because this is the first leading role of her career, she that wanted to make sure her character has an arc where she is constantly evolving and learning.

In the series, Liz is a Roswell native who has been away from the town for nearly a decade since her older sister Rosa died. She moved away and became a brilliant biomedical researcher, but when her funding gets cut, she is reluctantly forced to move back home with her dad. When Liz returns to Roswell, she initially assumes her move will be temporary, but after running into her teenage crush, Max Evans (Nathan Parsons), she falls in love and eventually finds out that she’s been living among aliens for quite a long time.

When talking to Entertainment Weekly, Mason explained that the mystery on the series will center around Rosa’s death, which Liz initially believed to be the result of a DUI. “Obviously this is a love story at its core, but the spine of this show is murder mystery,” said Mason. “Liz is very in touch with her intuition and is going to speak up when she thinks she’s been wronged. She’s not set on the story that she’s been told for 10 years. That murder mystery runs through the entire show and is also what complicates things for Liz and Max and keeps them apart.”

So if you were a fan of the original series, you can expect to see some of the same alien-human love stories and drama you enjoyed previously, but with fresh storylines and more modern characters. And with the passion and dedication Mason seems to be putting into the project, you can rest assured that the role of Liz is in good hands.