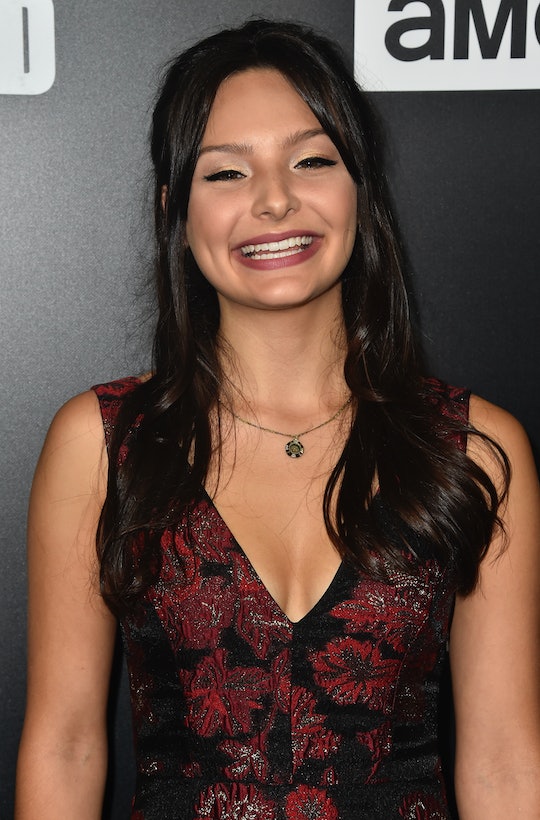 The Walking Dead Season 9 has deviated slightly from the comics on which they are based, but with the introduction of the Whisperers comes a new group of characters for show watchers to get to know. There's Alpha, the assumed leader of the antagonist survivors, and her daughter, Lydia, who seems just as ruthless. But the actress who plays Lydia On The Walking Dead, Cassady McClincy, is partly responsible for bringing her to life on-screen, outside of the comics. You might recognize McClincy as Jackie from Love, Simon, or from her small role as Anna on Netflix's Ozark. She was also in the VH1 drama Daytime Divas, but The Walking Dead isn't McClincy's first foray into horror.

She appeared in the short-lived NBC series Constantine and was in a few episodes of Castle Rock in 2018. Chances are, you've seen McClincy in something over the past few years and now she's about to bring another popular Walking Dead comic book character to life. In the comics, Lydia is a 16-year-old member of the Whisperers who gets caught by Jesus's group after their first fight with the zombie skin-wearing survivors. They take Lydia to Hilltop, where she spills a ton of secrets about the Whisperers and eventually strikes up a friendship with Carl.

Obviously her storyline on The Walking Dead will have to be tweaked because Carl is dead (R.I.P., young Grimes). But I feel like McClincy is up to the task of taking on an important character in The Walking Dead universe.

Judging by McClincy's Instagram, she spends most of her free time with friends or family. She's relatively new to show business, but her roles over the past few years have been consistent and she has already grown close to her Walking Dead co-stars. In one recent post, she wished Norman Reedus, who plays Daryl, a happy birthday. To which he replied, "Yeah my girl. Can’t wait for the world to see you kick ass this year."

In the latest promo for The Walking Dead mid-season opener, it looks like Lydia is in a cell like Negan's, spilling the tea to Daryl about the Whisperers and her mom. They could form a bond during her time in the makeshift prison, which would explain why the actors are close outside of the show.

McClincy also seems to have formed a friendship with fellow Walking Dead newbie Angel Theory. They have multiple pictures with each other on their Instagrams and seem like they're real life BFFs already. Maybe bonding as new kids on the block both on and off the show helped them spark up a friendship. It's pretty adorable.

Although McClincy has had other high profile roles in the past, this might be her most important one yet. In The Walking Dead comics, Lydia plays a big role, along with Carl, in the war between the Whisperers and the other survivors. Now that Carl is out of the equation on the show, however, that leaves room for Lydia's role to be expanded and it could have even more importance. In the comics, she eventually defects and turns against the Whisperers. If McClincy's Lydia does that on the show, she could be around a lot longer than the rest of Season 9.

It's still unclear how the show will adapt the Lydia character or if the storyline will have many parallels to how it played out in the comics. But McClincy seems to have embraced this role with total dedication, just as she has with the other roles she’s landed in career so far. Her star is definitely on the rise.