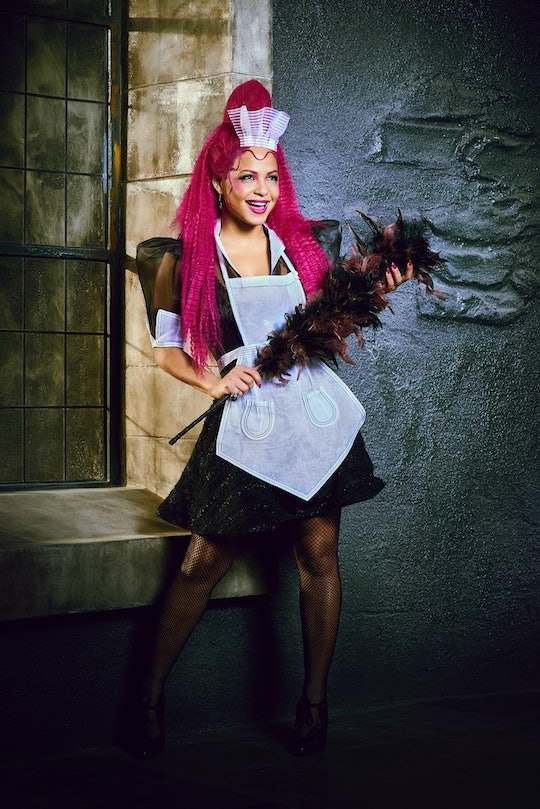 The Rocky Horror Picture Show is getting a makeover from FOX this Halloween season with its tribute special Let's Do The Time Warp Again. Starring Laverne Cox as Dr. Frank-N-Furter, with a cameo by Tim Curry himself, the tribute aims to recreate some of the success of its network musical predecessor Grease Live. While Rocky Horror won't be performed live, the teasers look ambitious, so it might well be worth it. The show's iconic sibling duo, Riff Raff and Magenta, get the party started by inviting virginal Brad and Janet into Frank-N-Furter's home. But who plays Magenta in Rocky Horror? FOX stayed away from traditional casting choices, much like it did with Grease Live, in favor of showcasing a more diverse cast.

Magenta will be played by Christina Milian, which, with the notable exception of Daphne Rubin-Vega's turn in the 2000 Broadway revival, is one of the only times a woman of color has been cast in the role in such a high-profile production of the show. In addition to being a Grammy-nominated artist with three studio albums released in the early 2000s, Milian has a bunch of TV credits under her belt. She was a social media correspondent during early seasons of The Voice, and she has her own E! reality show called Christina Milian Turned Up.

As for her dance experience, she did a stint on Dancing With the Stars during Season 17 and trained with Cleveland Cavaliers dancer Kelly Wilson to prep for her role in one of the Bring It On franchise films. But her other acting credits are prolific, too. She's done a bunch of TV and voiceover work, including appearances in Sister, Sister, The Steve Harvey Show, Charmed, The Wild Thornberrys, Clueless, Smallville, and Family Guy. She even co-starred in the short-lived John Stamos FOX comedy Grandfathered.

Milian seems more than qualified to take on one of the most demanding roles in the show, which involves singing, dancing, and playing a lead. Not only does Magenta welcome Brad and Janet into the warped world of Dr. Frank-N-Furter, but she and Riff Raff also end up staging a coup, (spoiler alert!) revealing themselves to be aliens, and killing three characters in the process. Although she ultimately allows Brad, Janet, and Dr. Scott to go free, Magenta, Riff Raff, and Dr. Frank-N-Furter return to their home planet of Transsexual in the galaxy of Transylvania by flying the entire house into space. (Because science fiction!)

You can catch The Rocky Horror Picture Show: Let's Do The Time Warp Again Thursday, October 20 on FOX.