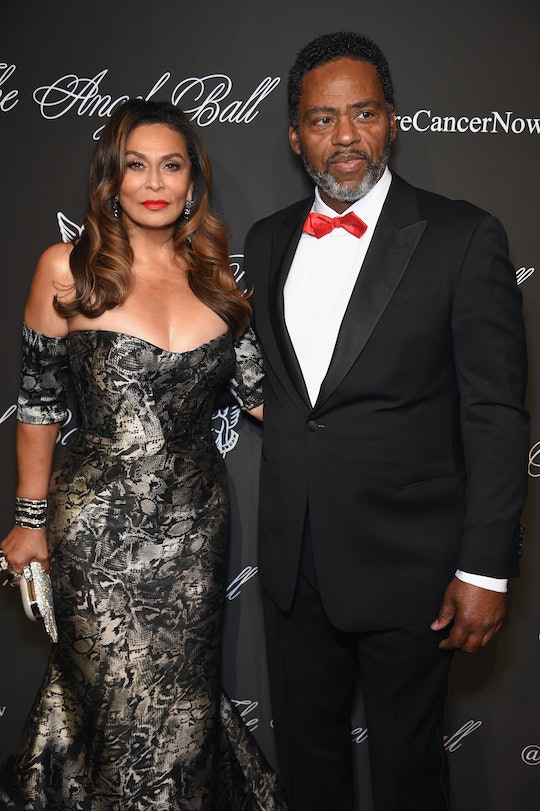 On the latest episode of Grey's Anatomy Maggie had to say goodbye to her mother, but thankfully her father appeared soon after to help her grieve. So who plays Maggie's dad on Grey's Anatomy? Richard Lawson stepped in for the role. Many Grey's fans probably recognize Lawson for a multitude of reasons. For one, he's now married to Tina Lawson, also known as Beyoncé's mom, making Lawson the stepdad to Beyoncé and Solange. Secondly, his daughter Bianca Lawson is also well known as an actress on the popular shows Teen Wolf, Pretty Little Liars, The Vampire Diaries, and Buffy the Vampire Slayer. She also starred in films like Save the Last Dance. Most importantly, though, Lawson is a well known actor in his own right.

He's been in business since the '70s and has appeared in a variety of shows and movies throughout the years. He had recurring roles on Chicago Story, V, All My Children, Dynasty, MacGyver, Sister, Sister, All of Us, Angry Boys, and Real Husbands of Hollywood. He's also made appearances on popular sitcoms like All in the Family, 227, The Cosby Show, Moesha, The Bernie Mac Show, and Half & Half. Over the years he's also been in the films Sugar Hill, Coming Home, Wag the Dog, How Stella Got Her Groove Back, Streets of Fire, Stick, Guess Who, and For Colored Girls.

Lawson will also appear as Joe Jackson in the new Michael Jackson biopic Michael Jackson: Searching for Neverland, which is set to release later this year, and he's working on another film titled From Zero to I Love You.

As Maggie's dad, Lawson wasn't in the episode very long, but his appearance at the end was meaningful. Since the previous episode, Maggie's mother's cancer had only gotten progressively worse and throughout the hour Maggie wanted to fight for her mom, just as any kid would. She hoped a clinical trial would work for her mom, despite everyone's hesitation to it, but by the end Maggie realized there was nothing more that could be done for her mom.

Still feeling defeated and lost, the only thing Maggie wanted was her dad. While Dr. Webber is her biological father, he understood he wasn't who she needed. It appeared that he contacted her dad because at the end of the episode her dad was arriving on the roof of the hospital greeted by Dr. Webber, who quickly led him to Maggie shortly after her mother had passed.

Though the episode was incredibly heartbreaking, it was also very well done. All the guest stars, along with the Grey's cast, were phenomenal and it was a great directing debut for Ellen Pompeo. I only wish it was under happier circumstances.