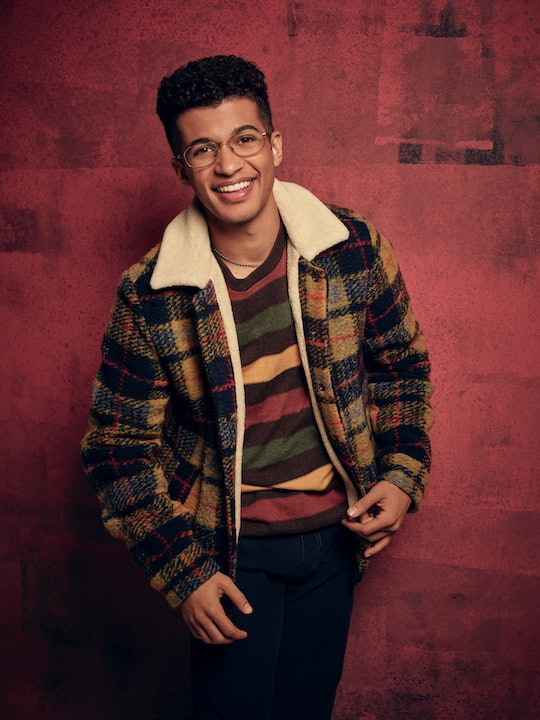 Here's Where You Know Mark In 'Rent: Live' From

Fox's live musical event of 2019 is finally here and the lucky show getting the live televised treatment this year is Jonathan Larson's 1996 rock musical Rent. The story is told through the eyes of Mark Cohen, an aspiring documentary filmmaker who narrates the events as he observes his friends, a scruffy crew of artists living in the East Village during the AIDS-ravaged late-'80s. So fans may be wondering: who plays Mark in Rent: Live? Jordan Fisher is breaking barriers in a big way.

Mark Cohen, a Jewish character whose faith is referenced multiple times in the show, is traditionally depicted as a nerdy, neurotic white boy. Anthony Rapp originated the role on Broadway, and went on to play Mark in the almost identically cast 2005 film adaptation. But, delivering on its promises to showcase a meaningfully diverse cast, Fox cast Fisher, who is of mixed race. The the actor is understandably super pumped to take on the mantle and break this particular barrier for actors of color. The Hamilton alum — who, in November of 2016, took over the roles of John Laurens/Philip Hamilton in the Broadway production — voiced what being cast in Rent: Live meant to him in a heartfelt Twitter post.

In his tweet, Fisher said, "What y'all don't know is that fourteen years ago, my ultimate dream I wanted to see manifested was to be the first Mark Cohen of color. That dream is about to be realized. Can't wait for this journey."

Besides his experience on Broadway, Fisher, partnered with Lindsay Arnold, took home the coveted mirror ball trophy on Season 25 of Dancing With the Stars. (The deck was pretty stacked in his favor, given his musical theater background, but hey.) He got his start on Nickelodeon (iCarly) and Disney Channel (Liv and Maddie), and eventually graduated to a role on MTV's Teen Wolf, so he's a perfect draw for a younger audience to tune into Rent: Live. But this isn't his first rodeo when it comes to televised live musicals; Fisher also starred as Doody in Fox's 2016 live musical event Grease: Live, where he got to perform "These Magic Changes." Fisher brought undeniable charm and charisma to each of these roles, making him a favorite among dance enthusiasts and musical theater fans alike.

In an interview with Variety, Fisher explained some of the difficulties in producing these live televised musicals by getting pretty technical. He said:

The technical aspect is always going to be a real challenge. It’s not black box in that we’re just doing it all on one stage in front of you. … We have best boys and lighting set up in about six different places on the stage, we have transmitter units for the audio team and to be able to receive in our in-ears and microphones for a very, very wide range. But the most fun part for me has been doing it with these people.

Knowing that it's not always easy to produce just makes the final product that much more magical to watch. And fans can't wait to see the lovable fisher as Mark in Rent: Live.