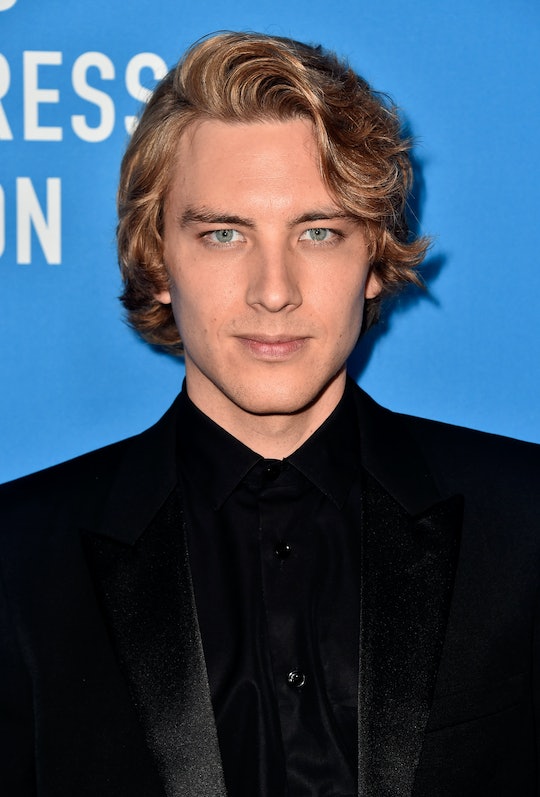 It’s always exciting to see cast members return as different characters on American Horror Story, but it looks like the new season is bringing a fresh face to the mix. He’s the grown-up human-ghost hybrid child of Tate Langdon and Vivien Harmon from Murder House, but who plays Michael Langdon on American Horror Story: Apocalypse? Cody Fern is set to play the villainous Antichrist.

In a July tweet, AHS showrunner Ryan Murphy revealed that the Australian actor would be playing the role of Michael Langdon, who was seen as a child in Murder House. Murphy previously cast Fern as David Madson in his American Crime Series anthology, The Assassination of Gianni Versace. He was also seen playing Maika Monroe’s twin brother Jim in the The Tribes of Palos Verdes with Jennifer Garner and Justin Kirk.

Just for a little refresher, in Murder House, Vivien Harmon (Connie Britton) and her husband Ben (Dylan McDermott) have moved into a haunted house with their teenage daughter Violet (Taissa Farmiga). Without knowing his true ghostly nature, Violet befriends Tate Langdon (Evan Peters), a boy who was killed by the cops after shooting up his school years prior.

Tate lives in the house along with other spirits, including Nora Montgomery (Lily Rabe), a ghost who is hell bent on having a baby. In hopes of giving Nora a child, Tate dresses up in a bondage suit, with his face covered, and tricks Vivien into having sex with him. She thinks it is Ben, who she had sex with earlier that day, but she eventually realizes she is pregnant with twin boys who have different fathers.

But it’s the prophecies of medium Billie Dean Howard (Sarah Paulson) and her ultrasound technician that foreshadow what the hybrid baby’s future potential is. The ultrasound technician tells Vivien that her unborn baby is “the plague of nations.” When Tate’s mother, Constance (Jessica Lange) asks Billie Dean what happens when a baby is born from a human and ghost, Billie Dean tell her that every new pope gets a piece of paper outlining the secrets to the end of the world. "This piece of paper reveals the precise nature of the Antichrist,” she tells her. “ A child born of human and spirit will usher in the end of times. It is the essence of evil. A perversion of the immaculate conception."

After realizing that her son is the father of the Antichrist, she is ready to keep the baby for herself. When Vivien goes into labor with her twins in the house, only Tate’s baby survives, killing Vivien in the process. Constance swoops into to raise the baby as her own, naming him Michael, after the archangel.

By the end of Season 1, The Harmons are all dead and have joined in the haunt of the Murder House. Constance is still raising a now 3-year-old Michael, and tells her hairdresser that he is destined for great things. When she returns home from the salon, she finds that Michael has killed his nanny. "Now, what am I going to do with you?" she asks him lovingly, hinting at the fact that she’s ready to facilitate his sinister future.

So why is Michael Langdon back in the AHS universe? Well if he is the Antichrist, then he’s here to end the world, naturally. In a trailer for American Horror Story: Apocalypse, you see the world in disarray alongside the return of characters and actors from previous seasons of the show. According to SYFY Wire, Farmiga, McDermott, and Britton will be reprising their roles from Murder House, and Paulson and Emma Roberts will be back as the witches from Coven. Needless to say, fans are pretty hyped.