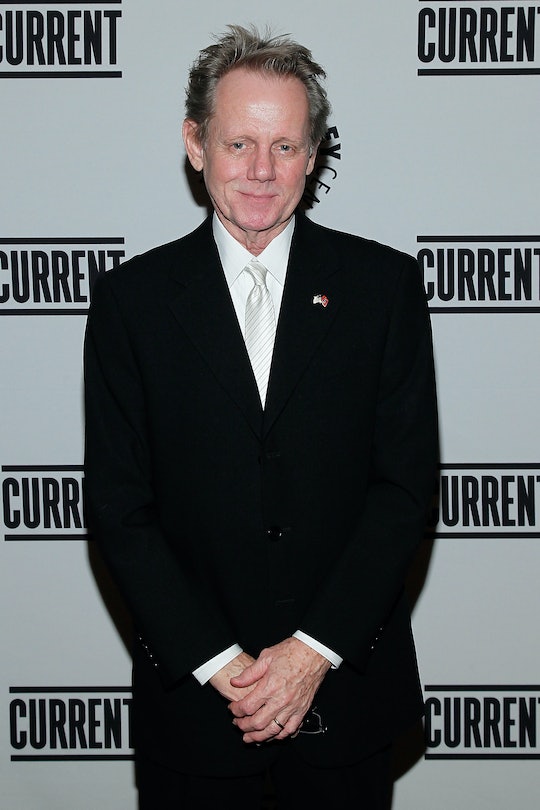 Mr. Wednesday is after a new ally in "The Greatest Story Ever Told." He wants a higher power than himself or Mr. World; someone who even the faithless will follow. He wants Money. But this god is elusive, despite being ubiquitous in other ways. It takes almost the entire episode for him to appear, but when he does, you might find you recognize him. You may know who plays Money on American Gods from one of his many other projects.

William Sanderson isn't credited as "Money" on American Gods, though that's almost exclusively how Mr. Wednesday refers to him. The credits list him as "The Bookkeeper." But Episode 4 doesn't rely on any records he might be keeping; instead he's more focused on enjoying his lunch and staying out of the conflict between Mr. World and Mr. Wednesday. Still, Money's involvement doesn't seem like it's over yet, because by episode's end Wednesday is swearing to win him over.

Starz's American Gods might be one of the more recent roles on Sanderson's filmography, but it's merely the latest in a long list. He's been working in film and television since the late 1970s, which means he has quite an impressive résumé by now.

Sanderson's very first onscreen role was in the TV movie The Other Side of Victory in 1976. He followed that up with guest spots in popular shows of the time like Starsky and Hutch and The Dukes of Hazzard. He appeared in movies, too, including Coal Miner's Daughter and Blade Runner. As the years went on, he collected more and more parts. You might have heard him on Batman: The Animated Series growing up; he provided the voice for Dr. Karl Rossum.

Perhaps you recall him as E.B. Farnum on Deadwood, or Sheriff Bud Dearborne on True Blood. Recently, he was on an episode of Bravest Warriors in 2013, followed by the movies A Merry Friggin' Christmas and The Griddle House. He'll be reprising his role as Farnum in the upcoming Deadwood TV movie. He'll also be in the film Assassin's Fury as Gaines. It's not clear yet how many episodes of American Gods he'll be showing up in, but if Wednesday is set on getting him on the team, he may be a recurring figure in Season 2.

While talking to Pure Grain Audio, Sanderson credited his Deadwood co-star (and Mr. Wednesday himself) Ian McShane with landing him the job as the Bookkeeper. He described working on American Gods as "a lot of fun," but emphasized how nice it was to be back onscreen with McShane. "I didn't do much, but any time I can work with Ian, having done all the shows with him on Deadwood, it's a thrill," Sanderson said. "I probably wouldn't have gotten the job without him."

The Bookkeeper may not have been as impressed with Wednesday as Sanderson is with McShane, but it's always possible that might change in the future. If Wednesday can find a way to make it worth his while, he may eventually find a new team member in Money.