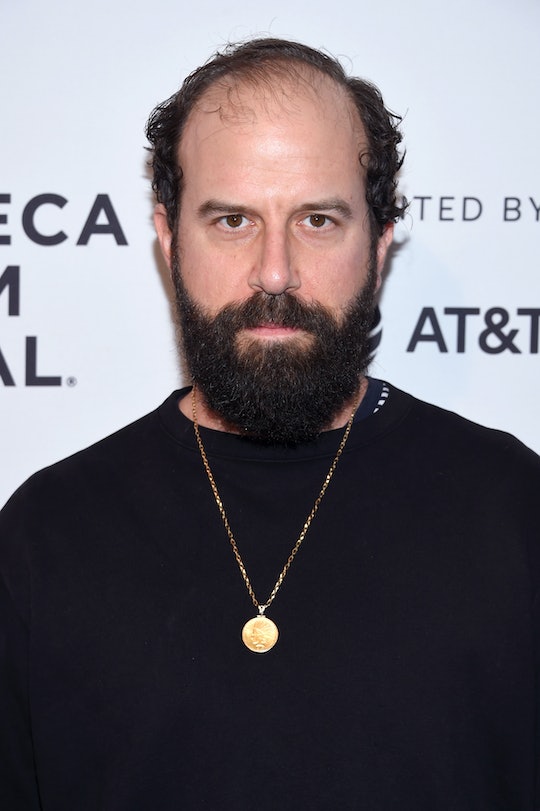 'Stranger Things' Has Cast A Familiar Face For Season 2

Stranger Things is back for another season but because everything is more epic in Hawkins, Indiana, they opted for the sequel title Stranger Things 2. From the looks of the trailer, all did not return to normal after Eleven destroyed the monster that escaped from another dimension through a rip in the time-space continuum. There's yet another creature in town and we have a new character in the mix, as well. As a disgraced former journalist turned conspiracy theorist, he brings a whiff of Fox Mulder to the show, but who plays Murray Bauman on Stranger Things? You'll probably recognize the actor.

Brett Gelman has been everywhere recently with roles on Judd Apatow's Netflix series Love, the Twin Peaks reboot, Amazon's Fleabag, Comedy Central's Another Period, and HBO's High Maintenance. The comedic actor also has a long roster of voiceover work under his belt and, last year, underwent a messy breakup with Adult Swim. The network's Executive Vice President Mike Lazzo came under fire when he attempted to explain away why they had so few female creators by saying, "Women don’t tend to like conflict, comedy often comes from conflict, so that’s probably why we (or others) have so few female projects."

This, coupled with the network's carriage of a show called Million Dollar Extreme Presents: World Peace — which once featured a white character in blackface and was said to cater to alt-right audiences — led Gelman to sever ties with Adult Swim. He's since deleted his Twitter account, but he reportedly linked to a Buzzfeed article outlining the problems with World Peace, tweeting, "I know this and I have stopped working with [Adult Swim]. Not to mention the misogyny of their policies."

In an interview with Paste Magazine explaining the motivation behind his actions, Gelman said:

Every white liberal straight man needs to take action and work at unifying all peoples of our sides, and stop making women, and people of color and the LGBT community fight it out themselves and just pat them on the back. We have to take active roles in supporting them, defending them and hiring them.

Everybody should write down the phrase 'write what you know' and then tear it the f*ck up and replace that with, 'expand your consciousness, because you’re supposed to have a f*cking imagination and empathy.'

Are you excited for his Stranger Things appearance yet?

Other cast additions this season include Sean Astin, Paul Reiser, Linnea Berthelsen, Sadie Sink, and Dacre Montgomery. Details on Season 2 are purposefully sketchy — the Duffer Brothers have been closely guarding the show's secrets for maximum effect when the sci-fi/horror series set in the early 1980s drops on Netflix, which is currently available for streaming as of Oct. 27. All that was revealed in advance, though, was that Gelman's character Murray Bauman arrives in Hawkins to investigate a cold case. So presumably, we'll get to see him share a lot of screen time with Police Chief Jim Hopper, played by David Harbour, which should be a fun matchup.

"There's definitely a handful of really compelling new characters this season, but absolutely servicing the core group first and foremost," executive producer Shawn Levy told The Hollywood Reporter. Of the incoming actors' range in ages, he added, "Like the show itself, it's multigenerational new characters and really, really intriguing ones."

From the looks of the trailer, fans can expect to find out what happened to Eleven at the end of Season 1 (she's still around) and whether that weird alien slug Mike coughed up in the epilogue grew up to be an even more terrifying monster than the first one. Stay tuned to find out Murray's role in all of it.