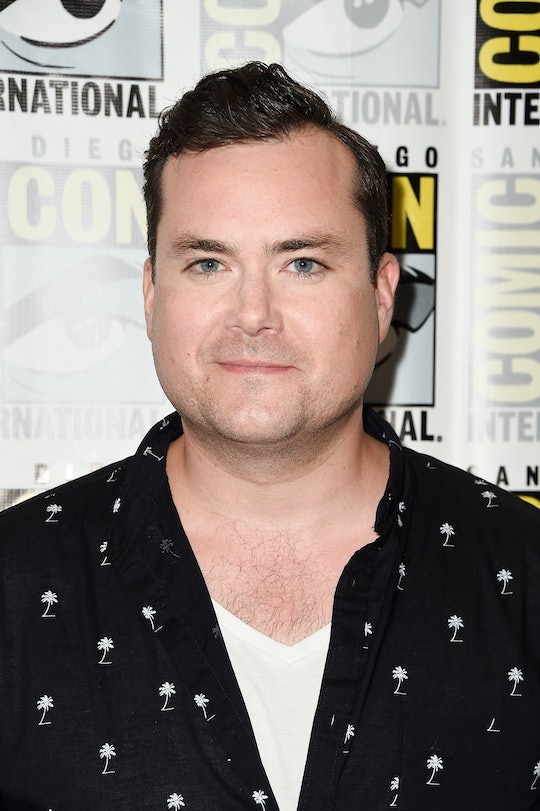 Offred's Doctor On 'The Handmaid's Tale' Has A Familiar Face

Episode 4 spoilers ahead! In the fourth episode of Hulu's The Handmaid's Tale, "Nolite Te Bastardes Carborundorum," Offred visited the doctor when it was suspected she might be sick. It provided a rare glimpse into what life was like in Gilead outside of the home and, like Offred's trip to the supermarket in Episode 1, it was both mundane and bizarre. Though the setting was normal and familiar, nothing else was. Except, perhaps, for the actor cast as Offred's doctor; fans of a certain show would surely have recognized him. So who plays Offred's doctor on The Handmaid's Tale?

The physician was played by Kristian Bruun, who some might remember from Orphan Black, where he plays Donnie Hendrix. A Toronto native, Bruun has also appeared in Murdoch Mysteries. Though his part in The Handmaid's Tale was brief (only a single scene in the fourth episode) and he wasn't even visible for most of it, his character still left an impression. He gave viewers some more information on how things worked in Gilead, but also left them with questions about his motives. His interaction with Offred wasn't merely a clinical exchange between doctor and patient; he made her an uncomfortable offer that left Offred frustrated, upset, and understandably shaken.

Offred's doctor, as played by Bruun, was chatty and personable. He seemed almost kind as he inquired as to whether Offred was being well treated by the Waterfords and encouraged her to open up to him. As he gave her a clean bill of health, he mentioned that most of the men were sterile — a word that was forbidden to say because only women could be barren or fruitful; men were never blamed. By saying that, he aligned himself with Offred and made it seem like he was on her side. But his pleasant manner didn't make him any more trustworthy.

The doctor told Offred that if she didn't conceive, it would be considered her fault, not Waterford's. Then he offered to "help" her by trying to impregnate her himself. A white sheet prevented him and Offred from seeing each other as he attended her, but after making that suggestion he peered around the screen so she could see his face. He assured her that it would only take a few minutes. It might be her only chance.

Though the doctor positioned himself as a sympathetic figure to Offred, the choice he gave her was ultimately an illusion, even though he didn't force her. As a man and a doctor, he had power over her in that situation that robbed her of any real ability to safely choose for herself. By saying no, she had no idea if she would be punished for it or not. She wasn't, but it was clear from her reaction that she still felt violated.

It's always possible, of course, that the doctor was genuinely sympathetic and honestly thought he was being helpful. He was also putting himself at risk by doing what he did. But let's be real: he wasn't actually helping Offred because he wasn't doing anything to alleviate her suffering. Just because he presented himself kindly doesn't mean he wasn't being harmful.