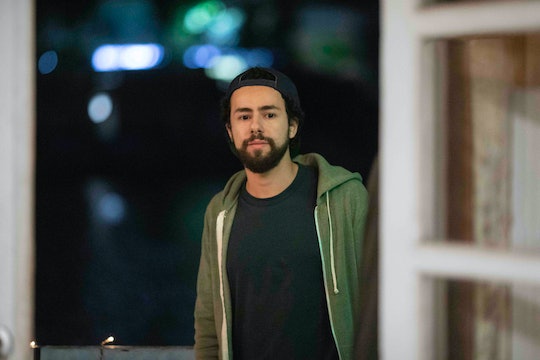 Hulu’s new series, Ramy, follows a Muslim American man named Ramy, whose experiences as an Egyptian immigrant living in a politically divided New Jersey neighborhood, lead him on a spiritual journey to find meaning in his life. The actor at the center of the dramedy is both funny and compelling, which has many viewers wondering, who plays Ramy on Ramy?

Ramy Youssef plays the titular role on the new Hulu series, and the similarity in his name is no coincidence. Ramy is loosely based on Youssef’s own life and it was co-created by the comedian to reflect some of the experiences he faced growing up as a Muslim immigrant in New Jersey. But this isn’t Youssef’s first stint on TV.

As an actor, he’s had recurring roles on popular shows like Mr. Robot — in which he played Security Analyst Samar Swailem — as well as the 2014 sitcom See Dad Run — where he played Scott Baio’s assistant, Kevin. As a stand-up comic, Youssef was a part of Comedy Central’s Colossal Clusterfest in 2017 and he’s been featured as a guest comedian on The Late Show with Stephen Colbert twice.

Youssef recently visited The Late Show with Stephen Colbert to talk about his new show, and he told the host that Ramy isn’t completely autobiographical, but it does reflect some of his experiences as well as his real-life spiritual journey. “So it’s emotionally true,” he said. “The events are different, I’m not a comedian in the show, but I really wanted to make something where it showed someone struggling with faith in an honest way. I think a lot of stuff is very anti-religion, which I understand. It’s not like religion has done itself any favors as a culture, as an industry. But I still had faith, and I wanted to show that.”

He noted that he believed Muslims haven’t yet had a “pop-culture moment” and that they “haven’t had open conversations" in the way he hopes to highlight through the show. “I think that the nature of that, within the Muslim community, at least, will definitely start conversation,” added Youssef. “I’m excited to be part of the conversation.”

I can see Ramy becoming a huge career boost for Youssef, but as a Muslim-American, I’m just relieved that he was able to finally bring a realistic representation of my faith and culture to TV.