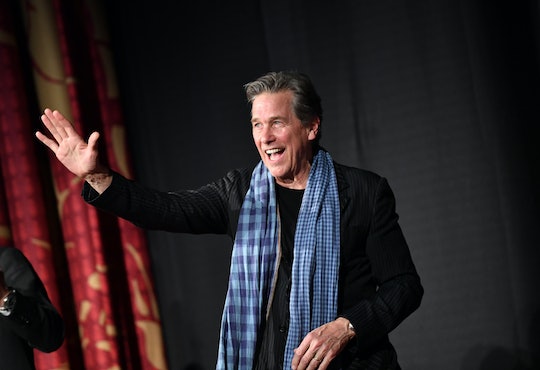 Rebecca's Dad Joins The Family In 'This Is Us' Season 4

This Is Us is all about family, so it's something of a surprise that so much of matriarch Rebecca Pearson's (Mandy Moore) childhood remains unexplored. Fans know that she had a difficult relationship with her parents (her father was M.I.A. and her mother was overly critical) but there's still a lot of ground to cover. The show must have thought so too, because her dad is entering the picture in Season 4. But who plays Rebecca's dad on This Is Us?

Tim Matheson makes his debut as Rebecca's father Dave Malone in the Season 4 premiere, according to Entertainment Weekly. After Rebecca and Jack (Milo Ventimiglia) went on their road trip to California in the early 1970s, they returned home to Pittsburgh — where Rebecca introduced Jack to her parents Dave and Janet (Elizabeth Perkins). Rebecca's father hasn't gotten much airtime in the past, outside of a long-ago flashback where he preferred football to family time. Now that he's being played by Matheson, he might be a more fully-formed character.

The new season also appears to recontextualize Dave's relationship with Rebecca somewhat. She previously expressed dissatisfaction with the way her mother catered to her father, but now Moore tells EW that Rebecca is "a bit of a daddy's girl." She continues, "There are certain things that they don't align on. But I think at the end of the day she really loves her father for who he is. He's quite protective of her."

Though Rebecca's father hasn't been present for the bulk of the series, it seems like that's changing in Season 4. Moore told The Wrap that Dave would play "a bigger role in [Rebecca's relationship with Jack] moving forward." Perhaps the show will explain why Dave was missing from future storylines about the Big Three growing up. Moore hinted that the circumstances of Jack and Rebecca's engagement and courthouse wedding would come up in Season 4, so perhaps Dave plays a role in how that unfolds as well.

Matheson is an actor who might be recognizable to much of the viewing audience, because he's had a long and varied career. He has over 150 credits on his IMDB page (186, to be exact) and has been working in film and TV since the 1960s. It's very likely that you've seen him in something before — perhaps National Lamppon's Animal House or The West Wing, which are two of his most well-known projects. Matheson has also appeared in the shows Burn Notice and Hart of Dixie, as well as The Good Fight and The Affair.

The ever-evolving timeline on This Is Us allows for all kinds of unexpected reveals, like the arrival of Jack's presumed-to-be-dead brother Nicky (Michael Angarano and Griffin Dunne, depending on the era) or Kevin's (Justin Hartley) future son. The show always takes the opportunity to make audiences realize how much they still have left to learn about the Pearsons. Hopefully the addition of Rebecca's dad will allow for more insight into the forces that have formed this family.

This Is Us premieres on NBC on Sept. 24.