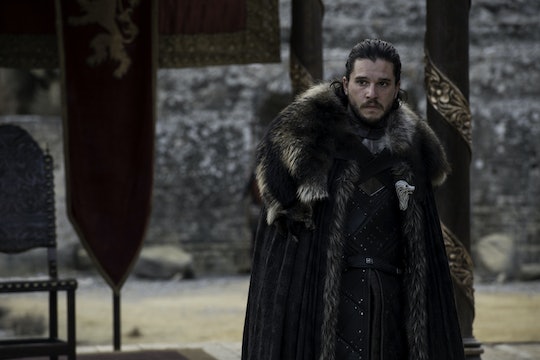 Rhaegar Targaryen Finally Made An Appearance On 'Game Of Thrones'

Before the episode aired, rumors were flying about who had been cast to play Rhaegar. Some fans thought it would be actor Wilf Scolding in the role because Aisling Franciosi, who plays Lyanna, followed him on Twitter around the time Season 7 filming got underway. Scolding then followed Liam Cunningham, who plays Davos Seaworth. Taking Twitter follows as casting confirmation is iffy, but it certainly seemed like it might be evidence.

Others thought Rhaegar could be played by musician Devin Oliver after he made a post on Instagram indicating that he had a part in Game of Thrones Season 7. Both actors fit Rhaegar's signature Targaryen looks, but Oliver's post ended up being a red herring. It looked like Wilf Scolding was the one who snagged the part in the end.

Scolding is primarily a theatre and television actor who has appeared in a miniseries called The Passing Bells, the show Six Wives with Lucy Worsley, and the film Bees Make Honey. Still, he is a relative unknown, particularly when it comes to appearing on something of the massive scale of Game of Thrones. However, the show has done well casting unknown actors and launching their careers.

Even though it took seven years for Rhaegar to make it to the small screen, he's still a very important character in Game of Thrones. Not only is he Jon Snow's biological father, he's also one of the major causes of the war that ultimately ended the Targaryen rule in Westeros. His decision to run off with Lyanna had immense consequences: when her father and brother came to retrieve her, Rhaegar's father, the Mad King Aerys, burned them alive. Then Robert Baratheon, Lyanna's betrothed, started the rebellion that would result in him becoming king.

Rhaegar died long before the start of Game of Thrones Season 1, but the repercussions of his actions are still being felt on the show. After everything he had a hand in, it was about time audiences finally got to meet him.