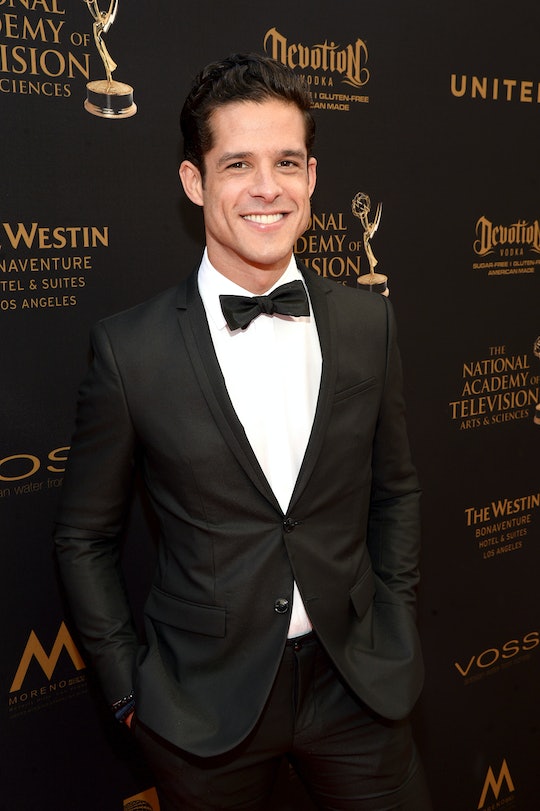 Who Plays Sam On 'Jane The Virgin'? Miles Gaston Villanueva Was Born For The Role

On the Season 3 premiere of Jane the Virgin, we found out that before there was Michael or Rafael, there was Sam. And while we've always been led to believe Jane fell head over heels the night she met Michael, that wasn't actually how their love story played initially out. Instead, Jane quickly forgot about Michael after her long time crush, Sam, asked her out on a date the night after her 21st birthday party. So who plays Sam on Jane the Virgin? Well, if you're a fan of daytime soap operas, you may recognize him.

Funnily enough the actor that plays Sam is actually a Villanueva in real life — no, I'm not kidding — so I guess you could say he was born for the role. His name is Miles Gaston Villanueva and he played the part of Sam perfectly. Sam was tall, built, and had the perfect square rimmed glasses that made him look like a hot nerd. He understood Jane's need to know the ending of a book before she started reading it and he and Jane had clearly been friends for a long time. It's unclear how he and Jane met, but Jane's crush on him was very well known in the Villanueva household. Unfortunately, as is often the case with a long time crush, Jane's date with Sam ended up not living up to expectations. In Sam's defense, though, it probably didn't help that Michael pulled Sam over at the start of their date, but you have to do what you have to do when it comes to love, right?

If Sam looked familiar to you, you may have seen him before on Days of our Lives or The Young and the Restless. Villanueva had a recurring role on Days as Russ back in 2014 and left The Young and the Restless this summer after playing Luca Santori on the show for the past year. Besides soaps, Villanueva has also appeared on other primetime shows, such as Bones, Chasing Life, NCIS, Melissa & Joey, and Stitchers. The actor has also hinted he'll be appearing on a Freeform show soon in a recent tweet, so this won't be the last we see of him on our TV screens.

But hey, if you can't bear to wait that long to see Villanueva's gorgeous face again you can follow him on Twitter and check him out there. (Thank you, social media. What would we ever do without you?)