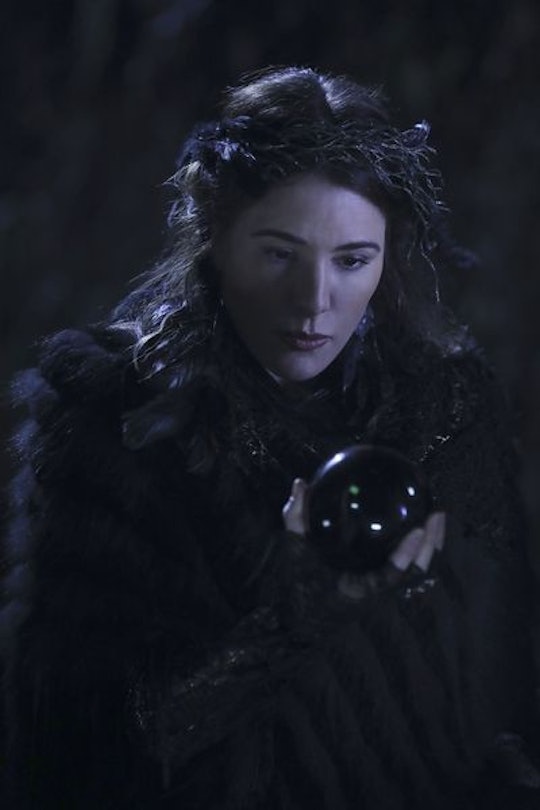 The Black Fairy On 'OUAT' May Look Familiar

With every passing season of Once Upon a Time, it seems the family tree of our favorite characters from Storybrooke gets bigger and more complex. On this season, there's been two new additions to the twisted family: Rumple and Belle's son Gideon and Rumple's mother, the latest villain, The Black Fairy. Whether you love her or hate her, fans are fascinated with the Black Fairy's story arc and it's no surprise that many are wondering who plays the Black Fairy on Once Upon a Time? English actress Jaime Murray got the role.

If the Black Fairy looks familiar to you, that's probably because you've seen her before. Murray isn't new to the small screen and has had recurring roles in various shows over the years including Defiance, Warehouse 13, Jan, Ringer, Hustle, The Beautiful Life, Dexter, Valentine, and The Bill, according to IMDB. She's also made appearances on Sleepy Hollow, NCIS, and The Mentalist.

Besides TV portrayals, some may also recognize Murray from her roles in films like Samuel Bleak, Possessions, Devil's Playground, Botched, The Deaths of Ian Stone, and Animal. Additionally, you can see Murray in the upcoming films The Rapture and The Nanny. For now though, fans are loving her on OUAT.

Although every season of OUAT has it's villain, the Black Fairy may be the best one yet, which shouldn't be surprising since she hooked up with Peter Pan, another big bad in the world of Storybrooke, and produced Rumple, who used to be a villain. Thus far, she's already taken control of Gideon's heart to make him do her bidding and just like every villain before her, she's sure she'll be able to take down the heroes, and right now the odds definitely seem to be in her favor.

As she and Emma prepare to face-off in what's supposedly the "final battle," though let's be real, it never is, the Black Fairy probably has some more surprises left under her sleeve. She's obviously been planning this take over for a while, and fans are very interested in her history, especially how she became the Black Fairy in the first place and what made her abandoned Rumple all those years ago.

There's still so much to learn about the Black Fairy, which is probably why she's so interesting to fans. Hopefully, as the season goes on, fans will get more answers.