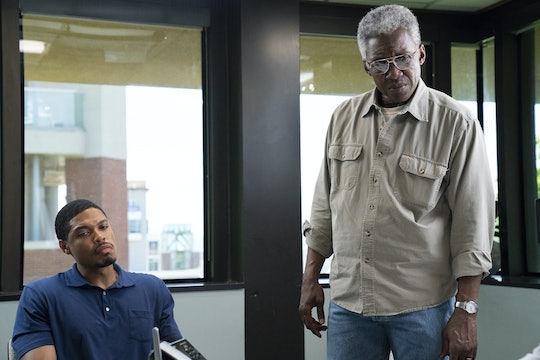 Fisher played Victor Stone/Cyborg in 2016's Batman v Superman: Dawn of Justice, which at the time, was just a cameo role. Then he joined the main ensemble in 2017's Justice League, which led to the upcoming Justice League sequel. Fisher will also reprise his role in the upcoming The Flash film, and he's set to star in his own Cyborg movie slated for 2020. It'll make him the first black actor to star in a non-ensemble superhero movie since Will Smith's 2008 turn as Hancock, according to Entertainment Weekly.

"I didn’t know the extent to which DC and WB had planned on taking my character," Fisher told Entertainment Weekly. "When I signed on, I just wanted to be part of this world. But that specific information, I found out then and there. I didn’t think I’d be getting my own stand-alone film."

Fisher also appeared in the 2015 ABC miniseries The Astronaut Wives Club, but other than that, he's is a relatively fresh face on TV screens. Originally from New Jersey, Fisher studied at the American Musical and Dramatic Academy in New York and enjoyed a robust stage career before finally landing his major comics franchise. He'd been touring schools performing with an educational Shakespeare troupe when he landed the 2013 Off-Broadway production of Fetch Clay, Make Man at the New York Theatre Workshop playing Muhammed Ali. He reportedly gained 20 pounds of muscle for the starring role and, with a newly bulked up physique, film scouts finally began taking notice of him.

“Once we were in previews, Ang Lee came to see the show,” he revealed to Entertainment Weekly. “One of his next projects is a 3-D boxing movie about Joe Frazier and Muhammad Ali. So he’s scouting for people to play Ali in this film. Ang and I meet to talk about his ideas for the project and it’s all very interesting. Waiting to see where everything goes with that.”

Eventually, DC's casting execs went to see him, too, and the rest was history. Luckily, though he makes an amazing superhero, True Detective gives Fisher the chance to flex some other acting muscles as well. As Henry Hays, the adult son of Mahershala Ali's Wayne Hays in the season's 2015 timeline, Fisher gets the chance to scene partner with one of the most critically acclaimed dramatic actors in Hollywood. The heavy material is a cinch for the classically trained Fisher and True Detective is poised to launch his career into meatier acting roles on top of Hollywood blockbusters.