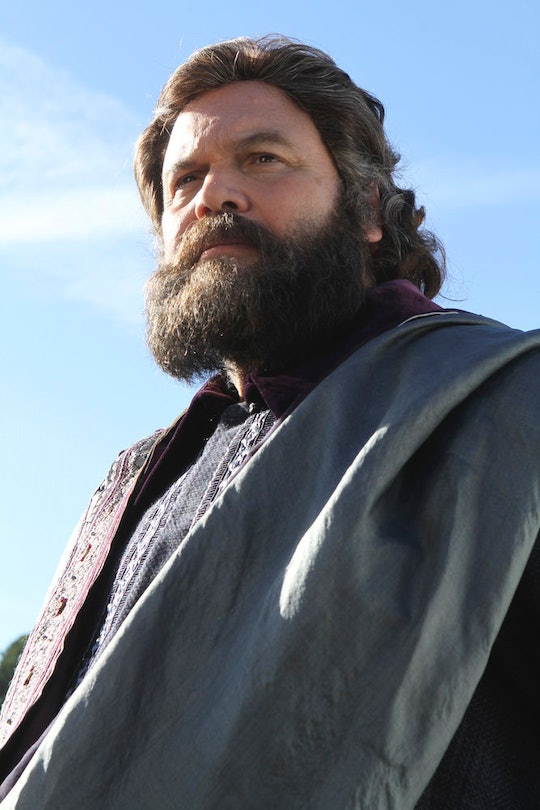 The Wizard On 'Emerald City' Is A Familiar Face

NBC's new magical drama, Emerald City, will transport viewers to the land of Oz. Although this is a much different version of the mythical land than what was seen in The Wizard of Oz, many of the characters are the same. Dorothy still drops in from Kansas and kills the Wicked Witch of the East, who has sisters in the West and the North. There's also a scarecrow and of course the wonderful wizard himself. So who plays the Wizard on Emerald City? It may be hard to recognize him with the facial hair, but you've definitely seen Vincent D'Onofrio before.

D'Onofrio is an Emmy-nominated actor who has been acting in films and TV shows since the '80s with various notable roles over the years. Daredevil fans will probably recognize him as the show's first villain, Wilson Fisk. As a ruthless criminal mastermind, it's a little hard to forget Fisk and all the crazy things he did. If Daredevil's not your thing, though, you may also recognize D'Onofrio as Detective Robert Goren on Law & Order: Criminal Intent. However, if you're not into the small screen, you've definitely seen D'Onofrio on the big screen as well. Most recently he's been in the films The Magnificent Seven, In Dubious Battle, Jurassic World, Broken Horses, and The Judge. In the past he's also appeared in very popular movies like The Break-Up, Men in Black, Mystic Pizza, and the original Adventures in Babysitting movie.

D'Onofrio's resume is long and there's no doubt he'll be amazing as the Wizard in Emerald City. Unlike the Wizard in the original movie The Wizard of Oz, though, D'Onofrio's Wizard character isn't a coward who's pretending to have magic. He's actually a man of science that wants to get rid of magic in all of Oz and is willing to go to war to make sure science rules supreme. It'll be exciting to learn more about this new take on the character and see D'Onofrio's talents once again being put to good use.

Working alongside D'Onofrio is Adria Arjona as Dorothy Gale, Ana Ularu as West, Florence Kasumba as East, and Joely Richardson as Glinda.