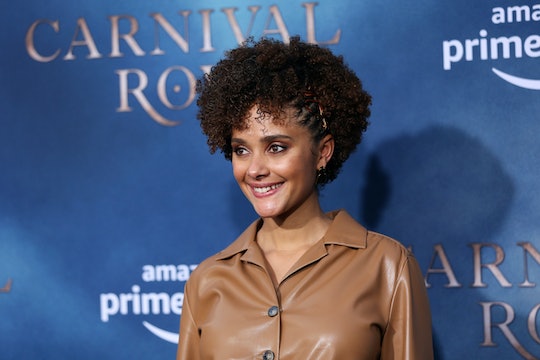 There’s plenty to love about Amazon’s Carnival Row. It’s set in a dystopian steampunk style Victorian world and is filled with magic, mystery, faeries, and romance. And the stellar cast, which is led by Cara Delevingne and Orlando Bloom, includes some recognizable and noteworthy actors. Personally, I think the actress who plays Tourmaline on Carnival Row did an amazing job, and if she looks familiar to you, it’s because she’s been on TV for years.

Karla Crome is known for her various roles on British television, including her work on Sky Atlantic’s drama Hit & Miss and E4's science-fiction dramedy, Misfits. She also had a recurring role on ITV1’s spooky series, Lightfields and played the lead role of Aisling on Season 2 of the BBC drama, Prisoners’ Wives. Crome’s most notable American TV role was on CBS’s Stephen King-based mystery series, Under the Dome, in which she played high school science teacher, Rebecca Pine.

On Carnival Row, the English actress plays Tourmaline, a smart and witty faerie poet who was forced to escape her homeland after it was destroyed by war and violence. As a parable to the immigration crisis, the show tells the story of a world inhabited by humans and other mythical creatures, including flying faeries. When the creatures’ exotic homelands are invaded by humans, they are forced to flee to the bustling city of The Burgue, where they’re treated like second-class citizens and aren’t allowed to love or live freely.

In the midst of the crisis, a human detective, Rycroft Philostrate (Bloom), and a refugee faerie, Vignette Stonemoss (Delevingne) find each other, and rekindle their forbidden love affair despite their society’s increasing intolerance. As Philo investigates a serious string of murders, Vignette holds on to a secret that could threaten his world.

In an interview with Den of Geek, showrunner Marc Guggenheim and writer Travis Beacham talked about the similarities between Carnival Row and the U.S. immigration crisis. Beacham explained he didn’t know anti-immigration culture would become so intense when he wrote the script over a decade ago. “It's surreal,” he noted. “It's very strange, because ... I wish that I could say that I was prescient, or something like that, but honestly, I think it's just these issues never die. They never go away. They morph, and they become different things.”

Guggenheim added that his direction for the show was driven by Beacham’s vision, and that he didn’t want the show to become too contentious. “I love watching, and I love writing shows that reflect the real world, and get into real world issues is the television that I was brought up with, as a viewer,” he told the outlet. “The danger there is that it becomes a polemic. What's great about the fact that we're dealing with concepts that Travis came up with 17 years ago, is it keeps us on it, it keeps it from becoming a polemic, which is good. Otherwise, who knows what crazy paths we might go down?”

While it does reflect current cultural themes, Carnival Row is not at all preachy. The fantasy world and exotic characters it’s created feel fresh and intriguing, and I’m sure fans are already looking forward to see the show and its amazing cast return for another season.