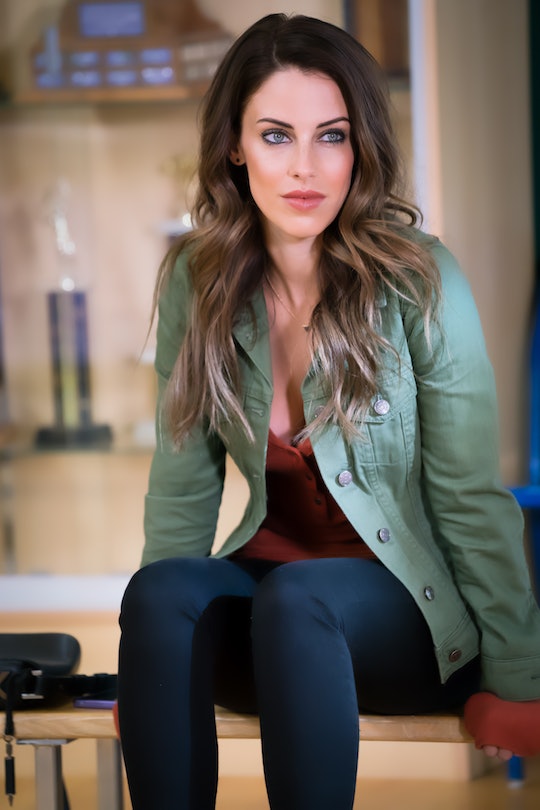 Lifetime movies are quickly becoming my secret summer obsession. The thrillers that they have been airing as part of their “Summer Escapes” series are perfect Sunday night fare. A Father’s Nightmare, the follow up to A Mother's Nightmare, is set to premiere this weekend. You, like me, may be thinking that the lead actress looks all too familiar. So, who plays Vanessa on A Father’s Nightmare? It turns out you may have seen her before.

Canadian actress Jessica Lowndes plays Vanessa on A Father’s Nightmare, and she’s no stranger to TV. Her most notable role was that of the complicated recovering addict, Adrianna Tate-Duncan, on The CW’s 90210, where she remained a cast regular for all five seasons. If you’re a fan of Lifetime movies, you will probably recognize her from a number of them, including To Have and to Hold, and A Mother’s Nightmare. Lowndes also acted in A Deadly Adoption with Kristen Wiig and Will Ferrell. But she doesn't only do Lifetime movies. Lowndes has also been in a few feature films, including the action movie The Prince in 2014, in which she had a leading role alongside big name stars like Bruce Willis, Jason Patric, and John Cusack.

So what kind of character will she be playing in A Father’s Nightmare? You may recognize the manipulative and psychopathic character from the first movie, A Mother's Nightmare. In the first film, Vanessa is hell-bent on destroying her boyfriend's life, going so far as to convince him to hurt himself. By the end of the movie it's revealed that Vanessa suffered an abusive childhood and is now locked away in a psychiatric institution.

Apparently she was released, however, because she's back for A Father's Nightmare. While the first film was inspired by true events, the second is pure fiction. In this installment, instead of a boyfriend, Vanessa is dead set on taking down her much younger roommate, Lisa.

“I have a blast playing Vanessa,” Lowndes said in a promotional video from the film's producers, Sepia Films, “I love that she can go from a smile to ice cold in a second, and as an actress it’s really fun to play with the layers and the complexities — and what really makes her tick and what sets her off.” She goes on to say that in this movie, her character is a lot more intense, and has much more pain, anger and jealousy inside of her. “To go from all of those different emotions, it’s a ride. And it’s really fun,” she said. “I feel like each take is a little different for me, and I don’t know what’s going to come out, and I find new things in every scene and new discoveries about her.”

There’s something eerie about villains who smile, and with someone coming across as sweet and loving as Vanessa, I’m sure A Father’s Nightmare will send some chills up my spine. The movie premieres this Sunday, July 22 at 8 p.m. ET on Lifetime and the prequel to the movie, A Mother’s Nightmare, airs earlier in the day, at 2 p.m. ET.