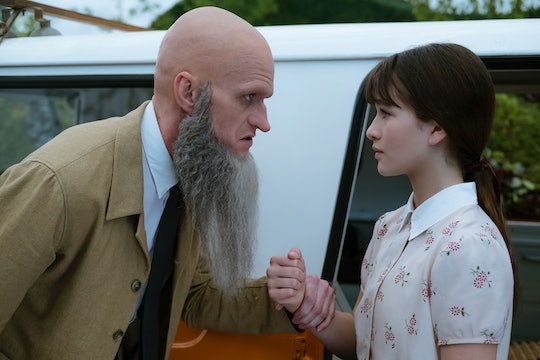 You May Recognize Violet On Netflix's 'ASOUE'

When Netflix announced they were bringing Lemony Snicket's A Series of Unfortunate Events to life (again), fans were excited but nervous. After many were disappointed by the film version, viewers didn't know what to expect from the TV series. Well it's now finally time to find out. So far the show looks good, filled with an amazing cast that stars Neil Patrick Harris as the funny but evil Count Olaf and includes the likes of Patrick Warburton as the narrator Lemony Snicket. As for the Baudelaire children, they're be played by up-and-coming young actors that you may recognize. So who plays Violet on Netflix's A Series of Unfortunate Events? It's 13-year-old actress Malina Weissman who's taking on the role.

And while Weissman's resume isn't that long (though to be fair she's only 13 years old) she's had plenty of big roles in the past, both on the big screen and the small screen. Her first major role was as the young April O'Neil in the Teenage Mutant Ninja Turtles film in 2014. She then went on to have a recurring role on Supergirl as the young version of Kara. After that she appeared in two episodes of Difficult People before returning to the big screen as the daughter of Kevin Spacey in Nine Lives.

Now Weissman is stepping into her first starring role in a TV series as the eldest Baudelaire sibling and I have no doubts she'll succeed in playing the part to perfection. In the novels, Violet was a young inventor and was known for tying her hair back with her ribbon when she had a new idea. It's unclear how much of the books will actually transfer over into the TV show, but it's seems unlikely that this key part of Violet's character will be changed.

Weissman already looks like the perfect Violet with her long brown hair and bangs and she definitely has the acting skill to bring this character to life for the show. She's done amazingly well in her previous roles and this new part will definitely propel her career even further ahead. You should expect to see more of Weissman in the future; she's only just getting started.

A Series of Unfortunate Events is available for streaming on Netflix beginning on Jan. 13.