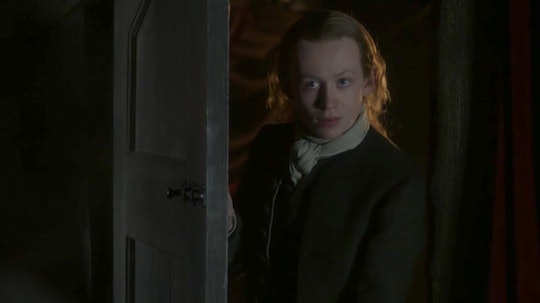 Young Ian From 'Outlander' Has An Impressive Resume IRL

After the obvious Claire and Jamie reunion, the most exciting thing about Season 3 of Outlander is being introduced to some new and intriguing characters — particularly for book fans already acquainted with them. One of the most important of these is Jamie's scrappy young nephew. So who plays Young Ian on Outlander? John Bell may still be sporting a baby face, but this young actor is no newbie when it comes to being in front of the camera.

Now that Jamie and Claire have finally found their way back to one another, viewers can get ready to sink their teeth into some major action and drama. In Episode 6 (you know the one), Claire is momentarily startled by a young man bursting into her room looking for Jamie. Claire is thrilled to discover that he is Ian Murray, Jenny and Ian Sr.'s son. "I'm your aunt," she told him, explaining that she is Claire. An understandably bewildered Ian protests that she is dead. After Claire kindly explains that she is not, Ian leaves, and that's all that viewers get from him. But Ian's story is far from over. In fact, he causes much of the drama that will keep everyone on the edge of their seats for the second half of the season. So naturally, getting the right actor for the part was important.

Luckily, it looks like 19-year-old Bell is more than ready for the part. For some of the new actors cast in Season 3, this is one of their first major roles, or at least the first time Outlander audiences will have seen their faces before. This is not so for Bell. Though still a relative newcomer, viewers may recognize him as Bain from the Hobbit trilogy, acting alongside Sir Ian McKellan, Orlando Bloom, and Luke Evans. But this was not the first major project Bell took part in. Before The Hobbit, Bell acted in the History Channel mini-series Hatfields & McCoys with Kevin Costner and Bill Paxton and he played the part of Helius in Wrath of the Titans. He's also been in Trainspotting 2, the TV series Into the Badlands, and Battleship, just to name a few.

Suffice it to say that Bell certainly knows his way around a set. But he still says he has gotten the most attention so far for landing the role of Young Ian. "I didn’t realize what a worldwide phenomenon the show is," Bell told The Scottish Sun. "When it got announced I was going to be in the show my Twitter blew up. I had a couple of thousand new followers in a day. That was the first moment when I thought ‘This is huge’."

Yes, Mr. Bell, it is indeed huge. In the interview, Bell is pretty adorably self-effacing and eager to please. "The fans have already been amazing and you just don’t want to disappoint them and screw it up," he said. Sure, I've only seen him in the one scene so far, but I have no doubt that he'll be up to the challenge of portraying Ian's wild adventure.

Aside from his after-school job of acting in major television shows and movies, Bell appears to be a fairly normal teenager. But with famous friends. On his extremely charming Twitter account, Bell promotes the show with the best of them, sends love to his costars on their birthdays, and celebrates passing his driver's test. So sure, he's not exactly a "normal" 19-year-old in the sense of the word, but he definitely looks up to the challenge of playing Ian Murray. If you haven't read the books, get ready for some major adventures in store.