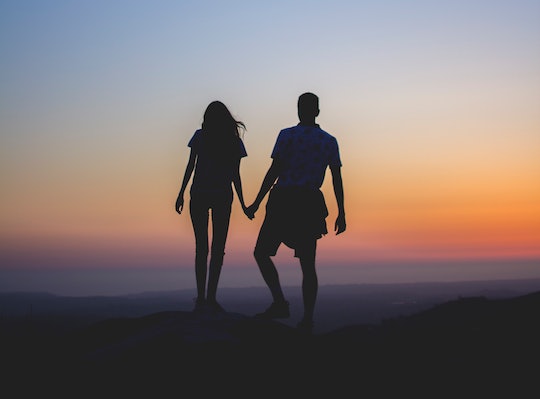 WHO Safe Sex Zika Guidelines Are Here & Everyone Should Take Note

Besides a lot of bug spray and taking travel precautions, there isn't a whole lot to do to prevent a Zika infection. But the World Health Organization is taking some proactive measures to make sure people stay safe anyway, specifically in the bedroom. Now that we also know Zika can be sexually transmitted, the new WHO safe sex Zika guidelines couldn't have come at a better time. Especially since between summer love and summer vacations, everyone who's sexually active should be on alert.

Originally, the organization had recommended that people returning from Zika infected areas should practice safe sex or abstain for four weeks to prevent passing it onto a sexual partner. On Tuesday, officials changed that time period to eight weeks.

The WHO also added that pregnant women, or couples planning on getting pregnant, should practice safe sex or abstain if a male partner returns from a possibly infected Zika region. So basically, if you're planning on pregnancy and your partner's traveling — you sort of aren't planning anymore (or try to get as much alone time as you can before his flight takes off). Christian Lindmeier, a spokesperson for the WHO said at a press briefing that the new abstinence periods "reflect what we have learned about Zika disease and its complications."

He added that WHO docs and scientists are continuing research how long the virus stays in saliva, but so far tests have been consistent, so this increased time period should be welcome news. Better safe than sorry, they seem to be saying.

There's also a much bigger implication in the WHO's safe sex guidelines: Men and women in areas where Zika mosquitos are running rampant need access to condoms and emergency contraception. That's going to get very complicated. Brazil and Jamaica, for example, have been handing out condoms since the Zika outbreak. Given the new safe sex guidelines, spokespeople for the Centers for Disease Control have also floated the idea of American airports giving out condoms (or at least making them obviously and readily available this summer). It would also just a send a very clear public health message that Zika (and other sexually transmitted diseases, obviously) is a big deal. Obviously, if you're going to the Olympics this summer, pack a stash, says the WHO.

Condoms tend to be sort of easy to get for free. But given that one aspect of the hold up in Congress over emergency Zika funding is over federal funds potentially paying for abortions (so that a Zika infected pregnant mother could, you know, have a choice), making emergency contraception available could get a little tricky. Sure, emergency contraception is available over the counter, but it's about $50 and in some conservative states is really, really hard to find. When you add the bickering about funding Planned Parenthood on a federal level — clinics where women should be able to get affordable health care if they need it — it's easy to see how this Zika funding discussion turns into one big mess.

Taking necessary precautions on a personal level is easy, but it's going to be harder to convince Americans that Zika, especially since we know it can be sexually transmitted, is a real threat to women and their reproduction plans. Republicans have traditionally swatted away any talk of choice, contraception, or medical procedures, after all. But this might not be the right time to feel a little prudish when it comes to allowing women to access the tools that could help them prevent some serious problems with their pregnancies. It's kind of embarrassing that the politicians most concerned with family and life wouldn't try to protect those things in light of a possible Zika outbreak. Actually, it's infuriating.

It's possible that Zika won't be spread throughout the continental United States this summer. But the rest of the world is taking precautions and already working on damage control. Maybe we should listen. In addition to funding for research and tons (tons and tons and tons!) of insect repellant, access to condoms, emergency contraception, and abortions need to be in whatever bill Congress eventually passes.

We're talking about counting pennies, sure — but we're also talking about preventing possibly millions of children born with birth defects, that would hypothetically need more financial and medical support throughout their lives. If we're going to boil it down to politics and cash, surely readily available Plan B and condoms are cheaper in the long run.