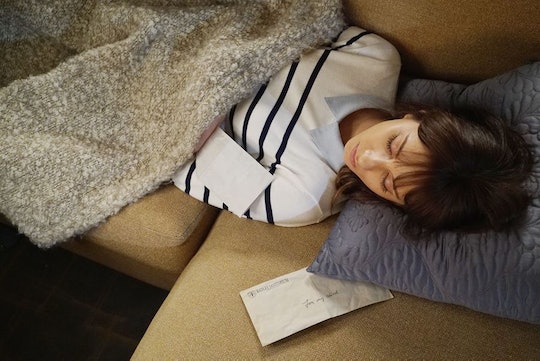 Spencer's Shooter On 'PLL' May Not Be Who You Think

Any Pretty Little Liars fans should know by now to never assume anything. That's why even though it looks like Jenna was the one who shot Spencer in the midseason finale, one has to wonder if that's really true, especially because at the end of the episode Jenna asked someone, presumably Uber A, if they shot Spencer. There were a lot of people in that creepy house that night and someone else could've pulled the trigger. So if it wasn't Jenna, who shot Spencer on Pretty Little Liars? The way I see it, there are two possible suspects.

Although it was revealed at the end of the finale that Spencer's actually Mary Drake's daughter (if that revelation is to be trusted), could Mary have been the one behind the shooting? It could've been an accident. The place was dark and there were a lot of things happening. Maybe Mary was standing behind Jenna and tried to shoot her before she shot Spencer but missed. It seems like a long shot, but who really knows with this show?

Alternatively, maybe Uber A was actually in the house the whole time as well and a similar thing happened. Even though it appears like Jenna's gun went off, maybe the shot that actually hit Spencer came from someone else's gun that fans couldn't see. Like I said, it was incredibly dark. However, if it was Uber A, how'd this person get in and out of the house without the Liars noticing? Then again, this person has been successfully stalking them for a long time, so if anyone was capable it'd be Uber A.

Still, despite the theories, some fans think it's pretty obvious that Jenna was the one that shot Spencer. She had the gun in her hand, you can hear it go off, and then Spencer disappeared, dragging herself away as she bled out from the gunshot wound. Pretty Little Liars has done some crazy story lines, but if the show somehow tries to convince fans it wasn't actually Jenna that shot Spencer, that may just be a bit too far out of the realm of plausibility — even after seeing Noel somehow end up beheaded by ax in the same episode. (Still can't believe that happened BTW.)

Then again, if Jenna really did shoot Spencer, why seem so confused about it after the fact? If she did it, wouldn't she know the answer to her own question? It definitely seems suspicious and could end up being another mystery that needs to be solved before the series comes to an end. Thankfully fans won't have to wait much longer to start getting some answers.