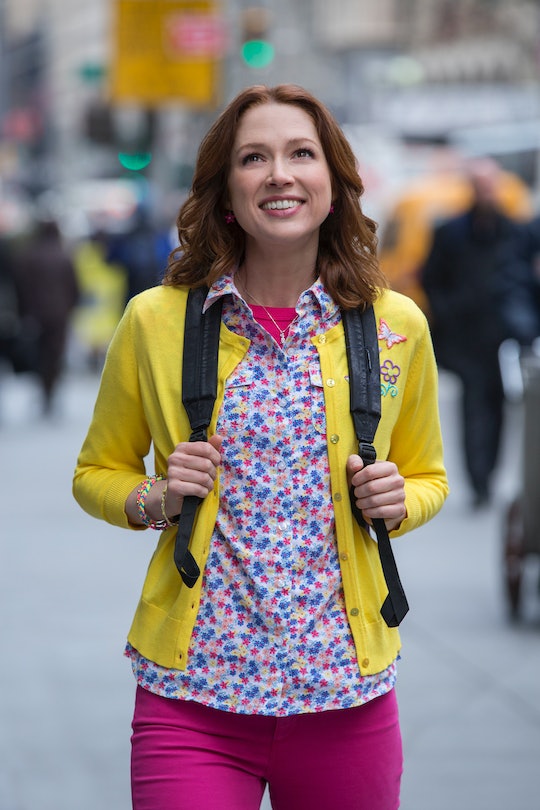 Who Sings The 'Unbreakable Kimmy Schmidt' Theme Song? It Was A Collaborative Effort

There are a lot of important players in the Unbreakable Kimmy Schmidt theme song. First of all, there's the singer — or the neighbor who gives an interview to the local news about the Mole Women emerging from the bunker. In the show, his name is Walter Bankston, but in real life, the actor's name is Mike Britt, who is a comedian and actor who has credits like Best Week Ever and World's Dumbest to his name. Britt lends his voice — and his incredible mannerisms — to the theme song.

Then, there's the magic of the actual music. The song is very reminiscent of viral videos like "Bed Intruder" that were created by the Gregory Brothers, which makes sense since the group also worked on the Kimmy Schmidt theme song, too. According to Vanity Fair, the group was approached by Tina Fey, Robert Carlock, and Jeff Richmond to put their magic touch on the song.

According to Vanity Fair, Fey and Carlock penned the quirky character and gave him the monologue we see on the show, while Jeff Richmond (Fey's husband and producer/composer of 30 Rock's music) wrote the music. Evan Gregory told Vanity Fair, "They knew that they wanted the theme to be derived from this one scene, so they wrote a ton of stuff for him. After the fact we could kind of compose out of a collage of that dialogue."

So, when you scream out "Females are strong as hell," at the grocery, just thank all of those mentioned above for the looks and laughs thrown your way.