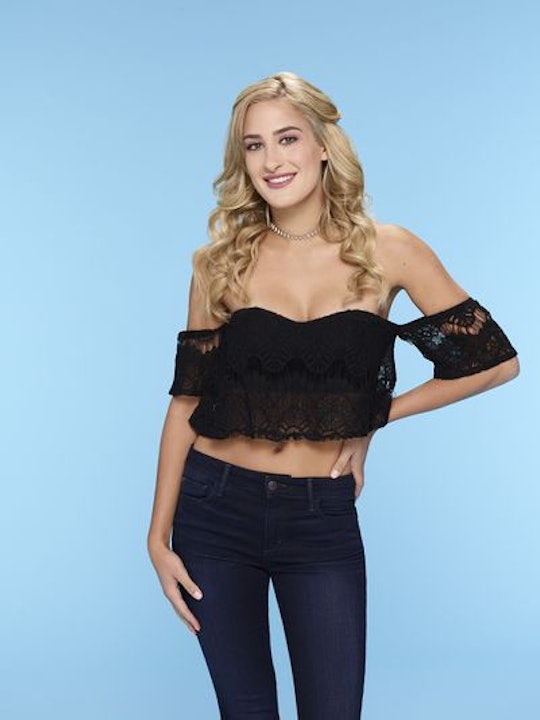 Things Are About To Get Physical On 'The Bachelor'

A preview released after the premiere episode of The Bachelor Season 21 showed all the drama to come in the next few weeks as Nick Viall tries to find the perfect girl for him. There's no shortage of tears and stunning vacation locales, but there were a few shocking moments to be found too. There is the continuing confusion between Nick and brief former flame Liz, not to mention surprise late night visits and some table-flipping that would make The Real Housewives of New Jersey proud. In one moment, Nick even receives a hard slap across the face from one of the women while another looks on and gasps. But who slaps Nick on The Bachelor?

Though the moment in the preview goes by quickly, it's easy to see that it's Josephine, the registered nurse from Santa Cruz. While the motivation behind the slap remains unclear, there is one thing that viewers can bank on: it's probably not what it looks like. The upcoming scenes in the preview are taken out of context to create maximum drama, so it's best to take everything that happens with a grain of salt. There could easily be another explanation for the slap besides Nick doing something to incur the seemingly mild-mannered Josephine's wrath.

So what could be the reason for Josephine giving Nick a slap? A genuine, anger-motivated slap might be grounds for being kicked off the show, because physical altercations aren't tolerated. But if a woman was kicked off The Bachelor for slapping Nick, wouldn't it be a bigger part of the promo? There's no way the network would pass up wringing all the possible drama out of that that they could; just look at how Chad's behavior was played up in the promos for the last season of The Bachelorette.

That, combined with the fact that the show loves to mislead its audience, leads me to believe that this probably isn't what it looks like. Josephine's bio cites that she's a big fan of the theater and she used to do musical theater in high school, so it's very possible she just let her flair for drama get ahead of her during some kind of acting challenge or skit. That seems like just the kind of thing that could happen on a group date.

Luckily viewers won't have to wait long for answers, because according to Nick the slap occurs in the second episode. However, even though he gave fans a hint as to when it would happen, he didn't provide any other explanations – though he did reveal that it wasn't just for show. It was a real slap and it really hurt. "It was unexpected and painful," Nick told E!. "And you should watch next week to see why!"

With the second episode airing Monday night, the wait to find out is even shorter.