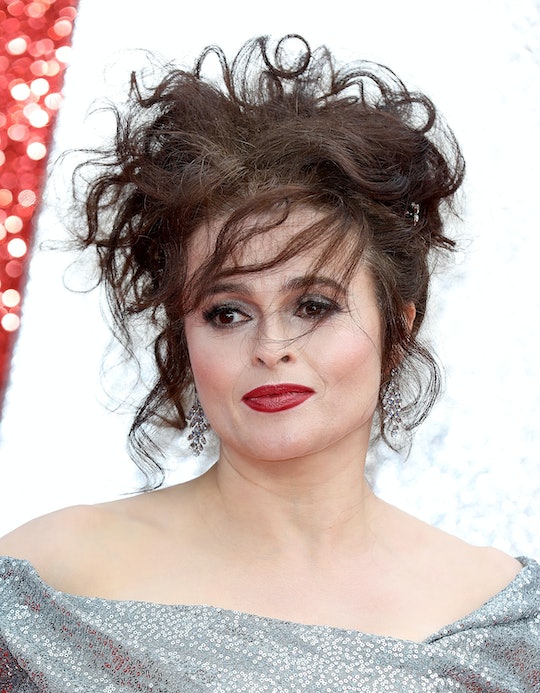 Thra is a matriarchal society on Netflix's prequel series Dark Crystal: Age Of Resistance. Seven clans each have a female leader called a maudra who is the matriarch of that group. All seven maudras then have a leader who is the Queen of all of them. So, who plays the All-Maudra in Dark Crystal: Age Of Resistance? Helena Bonham Carter is the perfect Queen for this series. If you don't know who she is, I'm confused, but I'll allow it this time. In any case, now is the time to learn.

Bonham Carter first rose to fame in the early '80s playing the ingenue in films like A Room With a View. Her style evolved markedly thanks in part to her former partner, filmmaker Tim Burton, who is known for his uniquely whimsical take on ghoulishness. It was a mood that perfectly suited Bonham Carter, and she came to be known for roles like Mrs. Lovett in Sweeney Todd and Jenny in Big Fish. A certain segment of the population probably finds her most recognizable as Bellatrix Lestrange from the Harry Potter films. “I think I probably made her a bit more insane and unhinged then she was meant to be. I wanted to be conspicuous," she said of what she brought to the role in an earlier interview with Entertainment Weekly. "So the [rotten] teeth was my idea, because she had been in prison so long. I wanted her to be quite savage."

Basically, if you need someone to bring a creep factor that manages to be totally convincing, kind of hilarious, and weirdly alluring, there is truly no other choice of actor.

That's not to say that off-beat villains are all that Bonham Carter does these days. She is set to replace Vanessa Kirby as Princess Margaret on The Crown Season 3. It must be strange for her to play the role, because as she told Entertainment Weekly, she's met the Princess. “My uncle was actually very close to her,” Bonham Carter said. “She was pretty scary. At one point, she met me at Windsor Castle and she said, ‘You are getting better, aren’t you?’" The Princess was presumably referring to her acting abilities, which, ouch. But clearly, of course, she did get better.

If you've familiarized yourself at all with Bonham Carter's resume you'll understand why fans had already cast her as Cruella de Vil in the live action 101 Dalmations in their minds. A woman so devoted to fashion she demands a coat made of dalmation puppy fur? It's like the character was made for her. But perhaps that's why when, the first images of the upcoming movie were released, fans were convinced they were looking at Bonham Carter and not Emma Stone, who actually is acting in the part. For what it's worth — Stone is sure to actually kill it in that movie and she looks amazing.

Basically what all of this should tell you is that if anyone is going to be Goblin Queen of the Goblin Queens, it's Helana Bonham Carter.

Dark Crystal: Age of Resistance is now streaming on Netflix.