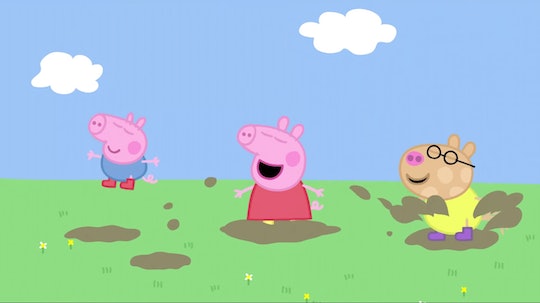 Peppa Pig is getting something of a makeover. While the beloved children's character likely won't look any different, she may soon sound different to longtime fans. After 13 years in the role, 18-year-old Harley Bird is stepping down as the voice of Peppa Pig with Amelie Bea Smith set to replace her in the popular television series.

"We're delighted to welcome Amelie to the Peppa Pig voice cast and confident that she will continue the strong legacy of the previous Peppa voice actors," Neville Astley and Mark Baker, Peppa Pig's co-creators, said in a statement, Variety reported. Smith is expected to make her debut as the new voice of Peppa Pig sometime later this month.

A rep for Smith told CNN that the 9-year-old is "thrilled" to join the cast of a show that she's long been a fan of. "Amelie has been a huge fan of the show since she was little, so voicing the title role is like a dream come true and she's thrilled to become part of the voice cast," Mark Jermin told the news outlet. The young actress has previously appeared on BBC One's soap opera, EastEnders.

News of Smith's addition to the Peppa Pig cast comes as Bird announced she was moving on to new things. "Becoming the voice of Peppa at the age of five was the start of an incredible journey, and I'll never forget my time on the show," Bird said in a statement, Hello! Magazine reported. "The people that work on Peppa Pig have become like a family to me and they've given me some unforgettable memories."

Among those unforgettable memories is likely the time her voice work as Peppa won Bird a Bafta for best performer in 2011. Over the course of her 13 years on the show, Bird brought Peppa to life in 185 episodes, according to The Guardian.

While Bird's departure is certainly sad for longtime fans, this isn't the first time the Peppa character will have experienced a change in casting. In fact, Smith will be the fourth person to voice the British pig, following in the footsteps of Lily Snowden-Fine, Cecily Bloom, and of course, Bird.

As she prepared to depart from the role, Bird wished her successor well. "I wish Amelie the best of luck in the role and am looking forward to starting the next chapter in my life," she said, according to Hello! Magazine.

Fans can listen for Smith in an upcoming Valentine's Day episode of Peppa Pig.