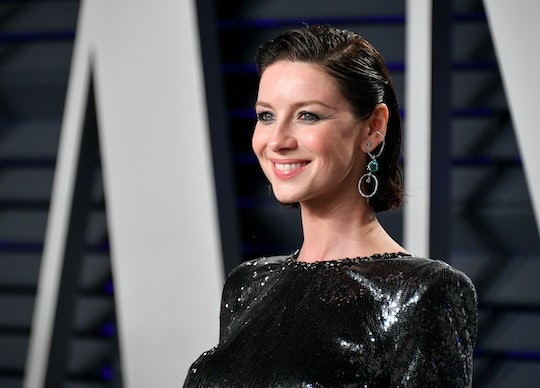 If you are familiar with Jim Henson's world of Thra, you know that Gelfling are natives to the land fighting to save their home and protect the world against evil creatures called the Skeksis. There are 12 Gelfling alone to keep track of. One of them is Tavra, who once believed false promises of goodwill from the invading creatures the UrSkeks. So, you may be wondering who voices Tavra in Dark Crystal: Age Of Resistance. You are going to want to remember Caitriona Balfe's name because she's steadily building a stellar reputation thanks to some impressive roles.

Balfe was born in Dublin, Ireland but grew up in a small village called Tydavnet. "It's a tiny place. There's one church, one school, two pubs," she told Stephen Colbert on The Late Show. She studied drama at Dublin Institute of Technology for a year before she was discovered by a modeling agent at a mall when she was 19, according to IMDb and her 2017 Late Show appearance.

She had a successful modeling career as a Victoria's Secret model (more on that in a minute) before deciding to return to acting in 2011. Her first role was to play Elizabeth Lamb in Super 8 and she's since starred on the big screen next to George Clooney and Julia Roberts in Money Monster. But you may know her better for her role as Claire Randall on Starz's Outlander. The internet can be a very illuminating place if you know where to look, so below are some more interesting tidbits I've learned about Balfe.