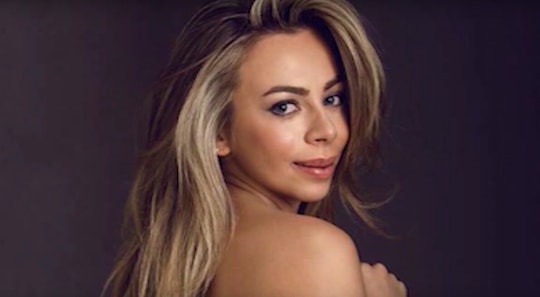 'To Live And Die In L.A.' Investigates The Disappearance Of Adea Shabani

In May 2018, the body of a missing actress was found buried in a shallow grave in a "remote wildlife area" in California, according to the BBC. The circumstances surrounding her death have sparked national interest, and the true crime podcast, To Live And Die In L.A. But who was Adea Shabani?

Shabani, originally from Macedonia, was an aspiring model and actress living in L.A. when she went missing at the age of 25, according to Entertainment Tonight. At the time of her disappearance, she was dating a man named Christopher Spotz, the BBC reported, who many believe is the main suspect in her death. After an argument, Spotz claimed that he dropped Shabani off at home, after which she went missing, The New York Times reported. However, in a press conference, investigators said they suspect foul play was involved, according to The New York Times.

There was reportedly a lot going on surrounding the incident. Newsweek reported that the month Shabani disappeared, she and Spotz had applied for their own two-bedroom apartment, though Spotz was engaged to someone else at the time. On top of that, according to Newsweek, Shabani had reportedly told friends she thought she may have been pregnant with Spotz's child.

Though the drama does seem intense, unfortunately, there may never be a clear conclusion about what happened. As Mercury News reported, Spotz died by suicide after a "vehicle pursuit" with police and the investigation into Shabani's disappearance is still active, according to HelloGiggles.

To make things even more convoluted, Newsweek also reported that a few weeks prior to Shabani's disappearance, Spotz uploaded a video to his YouTube channel in which he seemed to have predict her murder.

All of this combined has led to an increased interest in the story. To Live And Die In L.A. is an investigative podcast aimed at trying to bring closure and understanding to the victim's loved ones, as well as to raise awareness of the behaviors and warning signs of abuse, sometimes in the most extreme form.

According to Entertainment Tonight, one of the podcast's producers, Neil Strauss, said in a statement that he hopes To Live And Die In L.A. will bring those close to the victim "answers and the closure they deserve after so much pain and uncertainty."

"There are a lot of problems with procedure after a person goes missing," Strauss added in the same statement. "I hope this series can shed light on them, inform families in similar situations, and lead to a change in procedure, especially in the crucial first week."

On Instagram, Strauss also posted a photo of Shabani's bedroom, in which he explained is a metaphor for what they cover on the podcast, as well as why they are making it in the first place.

"Looking at this photo chokes me up," he wrote on Instagram. "I'm standing in the bedroom of Adea Shabani, a 25-year-old acting student and model from Macedonia, with her mother just a couple of weeks after she vanished without a trace from this very apartment in the center of Hollywood. There are no signs of a struggle, just signs of her beautiful soul and spirit. Like the affirmations she's written on her chalkboard: The source of all creation is my role model AND Everything comes from within me."

It's a devastating story, undoubtedly made more difficult by the inherent inconclusiveness of it all. However, as the podcast explores what happened and everything that surrounded the events, it's clear that there's more here than meets the eye.