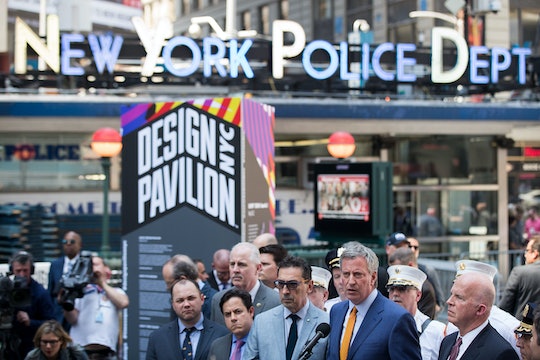 Times Square Crash Victim Had A Full Life Ahead Of Her

The Times Square car crash victim who lost her life Thursday afternoon was just a teenage tourist visiting the city with her family. Many are horrified at the tragedy, wondering who Alyssa Elsman was and how her family is coping in the immediate aftermath. The 18-year-old posted on Instagram about 30 minutes before she was struck and killed next to 22 others, four of whom still remain in critical condition.

Elsman, a native of Portage, Michigan, was visiting New York City with her 13-year-old sister, Ava, who was also struck by the vehicle and was then rushed to a nearby hospital. Her mother and a friend also made the trip, but are reportedly unharmed. A 26-year-old man was allegedly at the wheel of the car that plowed through the busy city intersection. The man had allegedly been arrested for driving while under the influence in the past, but was found not to have been under the influence of alcohol after Thursday's crash.

Elsman's boyfriend, Trevor West, shared his grief with The New York Post. "She motivated me, loved me, gave me everything I needed that I couldn’t give myself. And now that she’s gone, I don’t know how I’m going to fill that void," West said.

Elsman's community at her former high school is also feeling the loss quite deeply. Principal Eric Alburtus told The Detroit Free Press that "Alyssa was [a] wonderful young lady," known all around school for her baking skills. "When you first got to know her," Alburtus said, "you would perceive that she was shy or quiet. The more you got to know her, the more you would realize she was funny, and thoughtful, and compassionate to other people."

Currently, messages of peace are flooding Elsman's social media profiles, with friends and strangers alike offering support to Elsman's family and compassion for their terrible loss — one felt not just in Portage, but all over the nation, too.