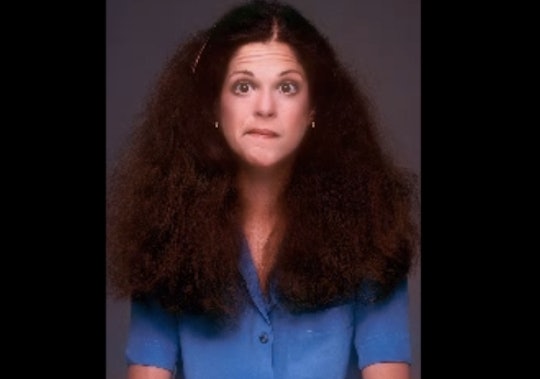 Who Was Gilda Radner? The Comedian Was One Of A Kind

In the wake of Gene Wilder's death on Monday, many are mourning the iconic actor by also remembering his late ex-wife. Really knowing who Gilda Radner sort of sums up a lot about Wilder, too. Radner is known in comedy circles as one of the funniest women ever (I think it's a tie between her and Lucille Ball, but that's negotiable). She was also loved dearly by Wilder, who was married to her from 1984 - 1989, when she died of ovarian cancer.

Radner was one of the original Saturday Night Life cast members, from 1975 to 1980, and she's best known for characters like Baby Wawa, spoofing Barbara Walter and Roseanne Roseannadanna on "Weekend Update".

She eventually left the show to pursue other projects on the big screen and starred with Wilder in three films, Hanky Panky, The Woman In Red, and Haunted Honeymoon. They were a good pair. Once Radner said that when she met Wilder, her life "went from black and white to technicolor." If that's not the sweetest thing in the world, I don't know what it is. She added, "I had been a fan of Gene Wilder's for many years, but the first time I saw him in person, my heart fluttered — I was hooked. Gene was funny and athletic and handsome, and he smelled good. I was bitten with love."

Radner's death was tragic, especially because her cancer was misdiagnosed at first. A doctor told her that her fatigue was just that — fatigue, and she should go home and "rest up." Wilder said after her death that he felt she didn't have to go soon. Later, he founded the Gilda Radner Ovarian Detection Center at Cedars-Sinai Medical Center in L.A. to screen high-risk candidates and even went to D.C. to testify to a House subcommittee on the issue.

"At first I didn't think it would make any difference if I testified, but we have to learn from the past,'' he told People. "I'm not trying to make up for a wrong that can't be righted. Instead he made it his mission ''to help save the Gildas out there that still have a chance."

Much like Wilder, Radner was a character and a half. If you get sad about losing Wilder this week, know that somewhere he and Gilda are probably laughing about something they shouldn't be.