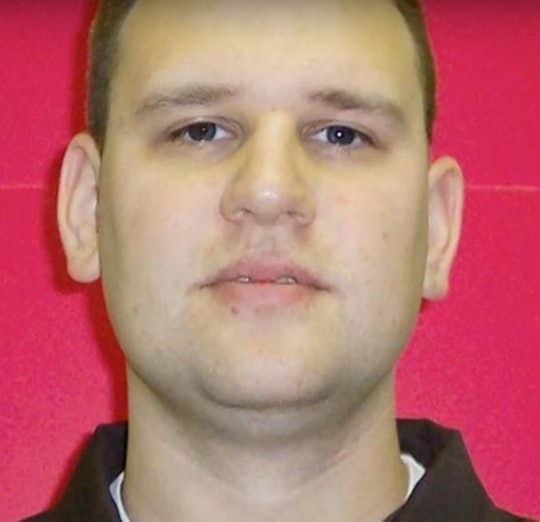 Who Was Officer Michael Krol? The Cop With A "Big Heart" Died In The Dallas Shooting

Michael Krol relocated from Michigan to Dallas in 2007, moving away from his family and friends to start his career as a police officer. Nine years later, those closest to him are solemnly, painfully reflecting on who Officer Michael Krol was after he become one of the five law enforcement officials killed during an otherwise peaceful protest. It's been a harrowing week in the United States, as outrage over the separate police shootings of two black men in Louisiana and Minnesota culminated in the sniper attack during which 12 police officers were shot, plummeting their agencies — and the nation — into mourning.

The 40-year-old Krol was "a big guy who had a big heart," his brother-in-law Brian Schoenbaechler told The Washington Post. "... he was a really caring person and wanted to help people."

That drive to help people catapulted him from his first post-high school job as a security officer at a Michigan hospital to his four-year stint working for the Wayne County jails in the state from 2003 to 2007 before making the leap to Dallas, where he graduated from the Dallas Police Academy in April 2008. In doing so, Krol achieved a lifelong dream, his uncle Jim Ehlke said, according to ClickOnDetroit.

The gunfire that ultimately killed Krol erupted around 9 p.m. in downtown Dallas, with at least one skilled shooter (who was killed by police after they attempted to negotiate with him) specifically targeting law enforcement. Dallas Police Chief David Murphy later said that Micah Xavier Johnson, 25, a U.S. Army veteran, "wanted to kill white people, especially white officers," according to NBC News.

The ambush that claimed Krol's life was the deadliest attack for law enforcement officials since 9/11. Wayne County Sheriff's Deputy Benny Napoleon expressed his condolences for this loss of police life in a statement, with a special shoutout for Krol, The Detroit News reported:

We are saddened by the loss of the dedicated officers in Dallas — one of whom was a former member of this agency — and also the wounding of the other officers. Those officers made the ultimate sacrifice and died honoring their oaths to protect and serve. Our thoughts and prayers go out to their families and also the Dallas Police Department.

The Washington Post reported that Krol had met a girlfriend in Dallas, but that his ties to his family in Michigan remained strong. Once, when his sister had surgery, he traveled to her home in Atlanta for a couple weeks to take care of her kids, Schoenbaechler, the brother-in-law, remembered.

He was surely dedicated to his position on the force, as his two passions were caring for and protecting people, his brother-in-law told the Post. His mission was to do just that at the protest where he was killed Thursday night — and he ended up dying for it.