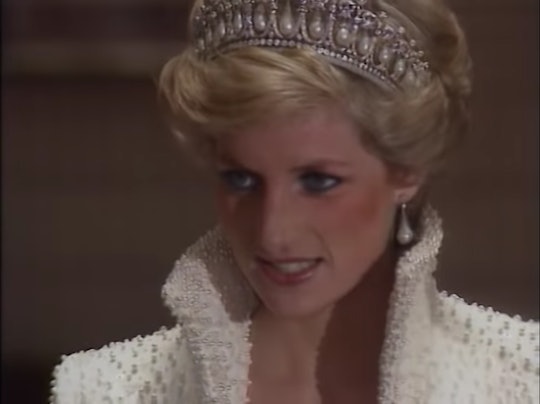 Although it has been 22 years since her tragic death, the world continues to remember the life and legacy of Princess Diana. But who was Princess Diana's best friend? While it's impossible to know who, if anyone, the late princess claimed as her closest confidant, she was reported to have had a very close relationship with Sarah Ferguson for many years. Although once considered to be sisters-in-law, the pair ultimately had a major falling out in the year before Diana's unexpected death.

Ferguson opened up about her relationship with Diana while speaking with The Daily Mail in November 2018. "Diana was my best friend and the funniest person I knew," the paper reported she said in what was, at the time, the first in-depth interview Ferguson had given in roughly 20 years. "She had such timing and wit. It was a total joy to be with her because we just laughed and enjoyed life so much." Indeed, photographs and video footage of the pair together often shows them laughing and goofing off in the way that only close friends can.

The Duchess of York went on to tell The Daily Mail that she'd been thinking of Diana when her daughter Princess Eugenie married Jack Brooksbank. "I thought of absent friends and family; of Diana," she told the paper. "But she's with me all the time. What I miss most is her tinkling laughter ... I know she would have loved the wedding."

However, like all friends, Diana and Ferguson are said to have had their ups and downs. In fact, Ferguson once told Harper's Bazaar that because she and Diana "were like siblings," they sometimes "rowed." The Duchess of York noted that technically she and Diana were fourth cousins whose mothers were best friends and schoolmates. When Ferguson married Prince Andrew in July 1986, however, she and Diana became sisters-in-law.

But although the media would often portray them as rivals (as evidenced in this 1987 article from Vanity Fair), Ferguson has said the reports were often largely overblown. "Women, in particular, are constantly pitted against and compared with each other in a way that reminds me of how people tried to portray Diana and me all the time as rivals, which is something neither of us ever really felt," Ferguson wrote in a February column about kindness for Hello! magazine.

Unfortunately, not every row appears to have been exaggerated. In 1996, the pair are reported to have had a major falling out that resulted in Diana refusing to talk to Ferguson in the year before her sudden death. "The saddest thing, at the end, we hadn't spoken for a year, though I never knew the reason," Ferguson told Harper's Bazaar in 2007, adding that she'd repeatedly tried to make amends with her friend, to no avail. "I tried, wrote letters, thinking whatever happened didn't matter, let's sort it out."

Although unconfirmed, Town & Country has reported that Diana was potentially upset about things Ferguson had written about her in her 1996 autobiography, My Story. According to the magazine, Ferguson's book included a claim that she contracted plantar warts from several pairs of shoes handed down to her from Princess Diana.

Despite the unfortunate way their relationship ended, Ferguson may, at one time or another, been Princess Diana's best friend.