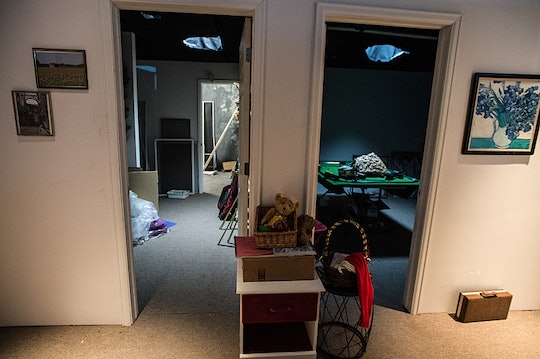 Who Was The 911 Dispatcher In The JonBenet Ramsey Case? Kimberly Archuleta Speaks Out

Twenty years after the death of JonBenét Ramsey, the tragic case continues to captivate onlookers. Prior to a new docu-series airing on CBS this September, the network teased new information and witnesses, such as the 911 dispatcher in the JonBenét Ramsey case. Up until now, according to Inside Edition, the 911 dispatcher, Kimberly Archuleta, said that she hadn't been asked to testify or give her account of the phone call. That's all about to change.

There have been several specials and features about the case, in addition to CBS' six hour series, just this year alone. A&E ran a special on the case this past Labor Day. Lifetime is working on a made-for-television movie, and NBC's Dateline is doing a two-hour special to mark the 20th anniversary of the 6-year-old's Dec. 25, 1996 murder in Boulder, Colorado. Both CBS and NBC plan to include interviews with Archuleta about her account of the 911 call, which was made by Patsy Ramsey, JonBenét's mother. For anyone obsessing over the case, these new interviews aren't to be missed.

The investigation into the 6-year-old's death remains unsolved and no one has been charged with any crime. But given the amount of time since JonBenét's death and how publicized the case was, the networks are playing up the fact that the 911 dispatcher will speak publicly for the first time about her impressions of the initial call from JonBenét's mother — and true crime addicts are eating it up.

Patsy Ramsey, who died of ovarian cancer in 2006, made the call to 911, claiming at the time that she had found a ransom note demanding $118,000 for her daughter's return. JonBenét was found eight hours later, strangled in the family's basement with a white cord. In the upcoming docu-series on CBS, investigators and commentators are likely to raise some queries about the ransom note's authenticity.

"Whoever wrote this managed to commit a murder, find the pad, find the pen, practice a couple of times because they didn't want to show bad penmanship or something, write it and then put the pad and pen back to where they normally are kept," FBI profiler Jim Clemente says in the new CBS docu-series, according to People. Romper reached out to Ramsey’s representation but did not hear back at the time of publication.

Early on, JonBenét's parents were the prime suspects in the alleged murder, though they were later cleared of suspicion and never charged. The new interviews with people involved in the case — like the 911 dispatcher and other officials such as Clemente, who were not directly involved with the case but have independently investigated it — are bound to change some people's opinions about what really happened to the 6-year-old back in 1996. Hopefully they'll also bring some sense of peace to her loved ones.