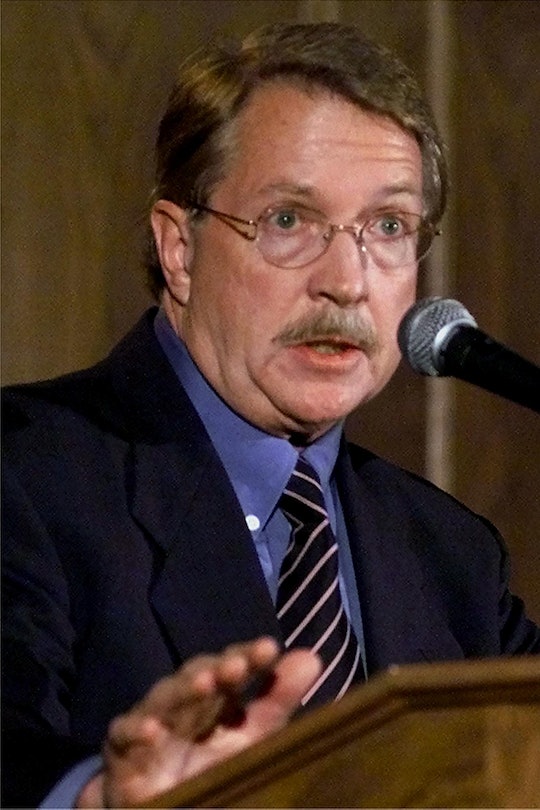 Who Was The JonBenet Ramsey District Attorney? Alex Hunter Is An Important Name

In the years following JonBenét's murder, a Colorado grand jury voted to indict John and Patsy Ramsey on two counts each of child abuse resulting in her murder, according to the Denver Post. It is important to note that while they were blamed for placing their young daughter in a situation that suggested possible danger, they were never once accused of being the cause of her death directly. It's complicated, but important to note the difference.

In October of 1999, Hunter announced that there would be no charges filed against the Ramseys after the grand jury's decision. He said they did not have "sufficient evidence" in the case against anyone who had been investigated. In 2008, the Ramseys were completely exonerated in the crime through new developments in DNA evidence.

Hunter was the District Attorney for Boulder County from 1973 until 2001, as the special showed. It is an impressive run for such a difficult career. There's no doubt that Hunter's career is defined by the case, if the amount of specials surrounding the anniversary of JonBenét's death indicate anything. On the second part, Jim Clemente allegedly called Hunter to confer with him about the case, but the call ended about as soon as it began. According to Clemente, Hunter said that there were statutes that prevented him from talking about evidence of the case.

In 2000, Hunter announced he would not be running for re-election as the District Attorney. He stressed that him leaving office didn't mean the case would turn cold, noting, "We should not give up on this case."