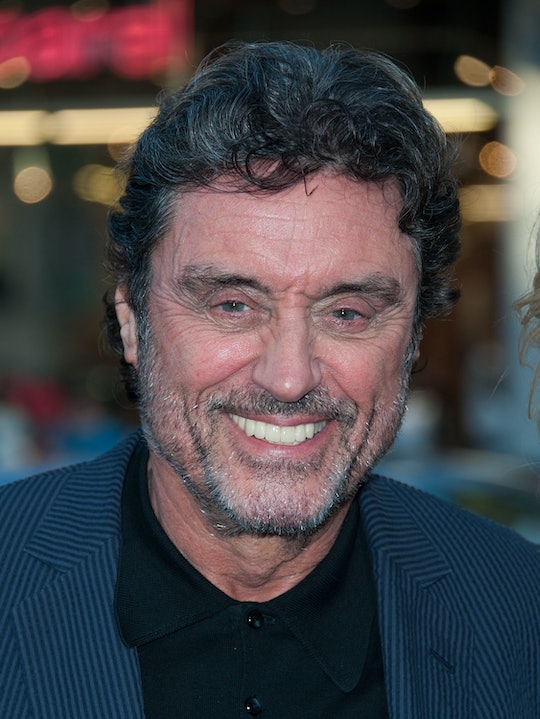 Who Were The Men Who Confronted The Elder Brother On 'Game of Thrones'? It's Uncertain

While the Elder Brother was leading his followers in a rousing speech about past misdeeds, he was interrupted by some mysterious men on horseback. So who were the men who confronted the Elder Brother on Game of Thrones?

The episode itself doesn't provide any concrete answers, but there are some theories out there already. The three men on horseback lacked any signifying features: no sigils, not telltale colors, no familiar faces. They spoke of protecting the people but didn't mention from what, and asked for food and horses. The Elder Brother was happy to provide a meal, but the men merely offered an ominous warning before riding off.

"Stay safe," the apparent leader of the men said. "The night is dark and full of terrors."

Before galloping away, the man took a long look at the seemingly reformed Sandor Clegane, and this is the most major hint to their identities. It looks like those men belong to the Brotherhood without Banners, or at least what's left of the group. The last time viewers saw them, they were coming into conflict with the Hound, and it looks like that conflict is far from over. Their attack on the peaceful settlement Sandor had found might be deeply personal.

Back in Season 4 when Sandor was traveling the countryside in the company of Arya Stark, they both came to be prisoners of the Brotherhood without Banners. The Hound was put on trial but was able to earn his freedom by fighting for his life; he's a pretty difficult guy to beat in a fight, after all. He escaped with Arya, and it looks like the Brotherhood might still be holding a grudge about that. It might not be confirmed that they took out Sandor's new pals as revenge, but that lingering look combined with everyone but Sandor ending up dead seems pretty telling.

Just in case you're having trouble remembering just who the Brotherhood without Banners are, here's a quick refresh: they're an outlaw group that doesn't belong to any particular house or swear allegiance to anyone in particular. As they said in the episode, "The Broken Man," they seek to protect the people, even though they didn't exactly do a great job of that tonight. Back in the earlier seasons, they sought to protect the people from the Lannisters, but recently they were mentioned by the Freys. The Brotherhood have been raising forces to strike against House Frey and attack their camps.

While this is very bad news for some very bad people – and poor Sandor has lost his newfound community – it may prove beneficial to those hoping to strike against the Freys. Maybe someone ought to give Jon and Sansa the Brotherhood's number; they might have similar interests.