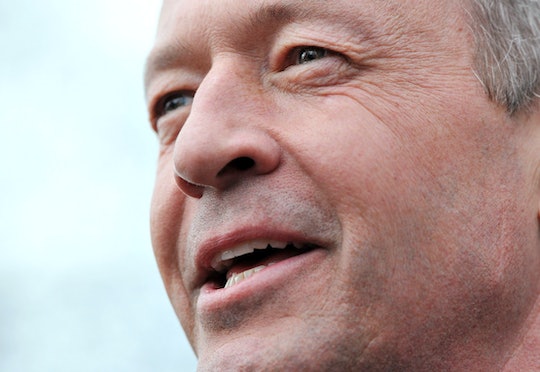 Who Will Martin O'Malley Endorse? Twitter Really Wants Him To Make An Announcement

After a difficult night in the Iowa caucuses on Tuesday, former Maryland Gov. Martin O’Malley announced plans to suspend his presidential campaign. While O’Malley’s hopes for the Oval Office have ended, the former governor has one major decision left that could still influence the outcome the campaign. Who Martin O’Malley endorses for president could make all the difference in a tight race between former Secretary of State Hillary Clinton and Vermont Sen. Bernie Sanders.

Almost since the very beginning of his presidential bid, O’Malley has struggled to gain the public’s attention and support. In a field that quickly narrowed to a comparison of the deep political resumes and agendas of Clinton and Sanders, O’Malley was largely unknown. Just how unknown became clear on Tuesday night, as the candidate's poor showing in the first caucus of the primary season seemed to seal his fate. According to CNN, O’Malley never won more than 3 percent of caucus votes compared to 50 percent for Clinton and 49 percent for Sanders. As of Tuesday evening, Real Clear Politics had Martin O’Malley polling at 2.2 percent nationally.

But his Iowa numbers don’t mean O’Malley’s endorsement wouldn’t be a huge victory for either Clinton or Sanders. O’Malley’s tough record on guns and criminal justice reform could be a boost to Sanders — and the supporters drawn to his messages on progressivism might be just the fresh air that the Clinton campaign needs.

For Twitter users, the question wasn’t who O'Malley would endorse, but when he should make the announcement. Minutes after the O'Malley camp announced the news, Twitter users were already making predictions on how long it would take for the candidate to formally endorse Bernie Sanders. The answer seemed to be: as soon as possible.

Well, as of Tuesday night, O'Malley had yet to make any kind of announcement of support for either candidate. It looks like Twitter -- and the two remaining Democratic candidates -- will just have to wait and see what he decides. No pressure, Governor.