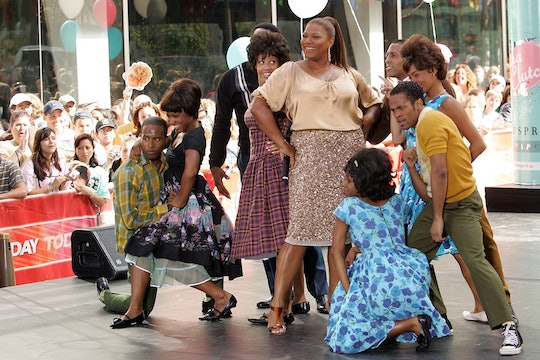 Who Will Star In NBC's 'Hairspray'? Here's What The Dream Cast Should Look Like

After the success of the recent live production of The Wiz (and the not-so-great The Sound of Music and Peter Pan), NBC has announced Hairspray as its next musical, according to The Hollywood Reporter. While The Sound of Music and Peter Pan were not the most trendy titles, the original 1978 movie The Wiz was more of a modern classic, and the cast certainly helped pull viewers in. So who will star in Hairspray live? A great cast could really seal the deal; The Wiz starred Queen Latifah as the Wiz herself, alongside Mary J. Blige, Common, Ne-Yo, David Alan Grier, Uzo Aduba, and Amber Riley.

The show will be produced by Craig Zadan and Neil Meron, the same duo behind NBC's last three musicals. And the two are no strangers to Hairspray; they also produced the 2007 remake. That time around, fans saw newcomer Nikki Blonsky take over Ricki Lakes's iconic role as Tracy Turnblad, with Amanda Bynes playing Tracy's best friend, Penny Pingleton, and John Travolta taking over for Divine as Tracy's mom, Edna, according to the Hollywood Reporter. Now fans are wondering who Zadan and Meron will cast in their December 2016 live show. The pair does like to recycle: The Wiz's Queen Latifah played Motermouth Maybelle in the 2007 movie, and the duo cast Christopher Walken, who played Wilbur Turnblad, as Captain Hook in Peter Pan. So will fans see some familiar faces, or will a newcomer star? There's no word yet, but here's my dream cast:

More Like This
Should Parents Consider Delaying Covid Vaccines Until Closer To School Starting?
Here's Why Wearing Long Sleeves In The Summer Can Be Good For Your Baby
Should You Swaddle Your Baby In The Summer? Here’s How To Dress Them
You Can Schedule Your Kid’s Covid Vaccine Appointment At Walmart