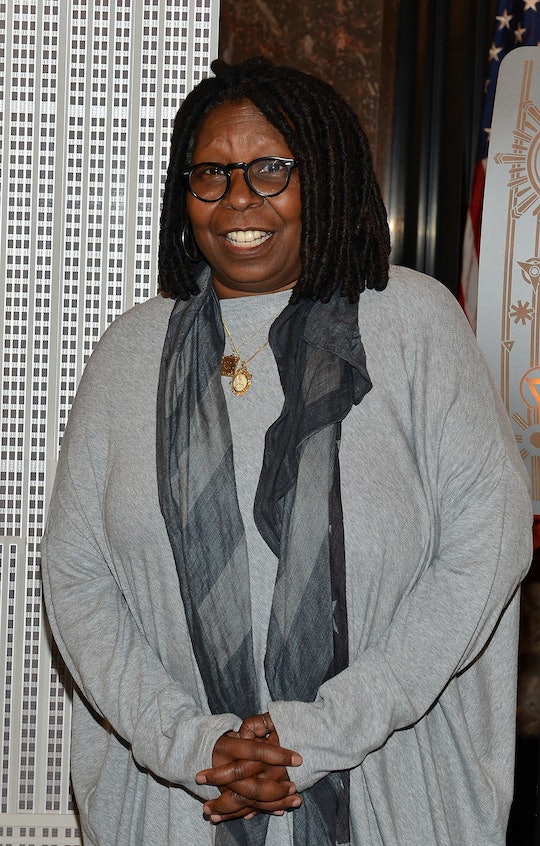 Whoopi Goldberg's Comments About Breastfeeding Are So Wrong, & Here's The Truth

While The View is no stranger to controversy, most of the debates the show incites are caused by differing opinions. Which is well enough: We're all welcome to our own opinions, and the women of The View are no exception. However, problems occur when opinions and biases are presented as facts, as definitive statements of right and wrong. And boy, oh boy, Whoopi Goldberg’s recent comments on breastfeeding couldn’t be more off base.

So what exactly did she say? Talking about breastfeeding, Goldberg said:

If they’re old enough to have teeth, they shouldn’t be breastfeeding. Good god!

I know what you are thinking: no she didn’t or absolutely, you tell ‘em Whoopi or who the hell cares. Well, I apologize for the upcoming rant, but I care. I don’t care what your choice is — I don’t care whether you breastfeed or bottle feed, nor do I care when you stop and move to cow’s milk or soy milk or something else entirely. What I care about is facts, and Whoopi’s statement is presented without room for opinion. She doesn’t say she feels or thinks or considers breastfeeding beyond a certain age inappropriate, she presents it as a declarative statement. A fact ... which, in fact, it is isn’t.

So here are the facts:

The World Health Organization recommends that babies should be exclusively breastfed for six months, while continued nursing is also recommended — along with the introduction of complementary foods — until 2 years of age, or beyond. The American Academy of Pediatrics makes a similar recommendation: theirs states that babies should continue to breastfeed for a year and for as long as is “mutually desired by the mother and baby.” And while not all children have teeth before their first birthday, many do; my daughter had four. So ... yeah, sorry Whoopi. Obviously breastfeeding is a choice (and often, it's one that for some women don't get to make because their milk doesn't come in), but it's wrong of Goldberg to assert there's a right and wrong when it comes to breastfeeding and to present it as fact rather than opinion.

What’s more, Robin Elise Weiss — a lactation consultant, and mother of eight — explains the benefits of extended breastfeeding are equally as great. She notes that “regardless of how old your baby is, he or she will continue to benefit from the protein, calcium, fat, vitamin A, and other nutrients in breast milk.” Additionally, mom and baby will be more healthy. (Mom will be less likely to develop breast cancer, endometrial cancer, and ovarian cancer and baby will have “decreased incidences of illness and lower mortality rates.”)

This isn’t the first time Goldberg has generated controversy with her comments on breastfeeding, and I’m sure it won’t be the last. During a 2012 taping of The View, she referred to lactation consultants as “boneheads.” (Name calling ... really?)

That said, breastfeeding is a very personal decision. Why a woman breastfeeds or does not breastfeed is her business. Sometimes breast really is best, but other times breastfeeding doesn’t work. And that's fine. Even with all of the “benefits,” sometimes the breast just doesn’t make sense — I had to give up breastfeeding to go on antidepressants. The point is, regardless of what you choose to do, it’s OK. You are doing what is right for you and your child, and you are OK.