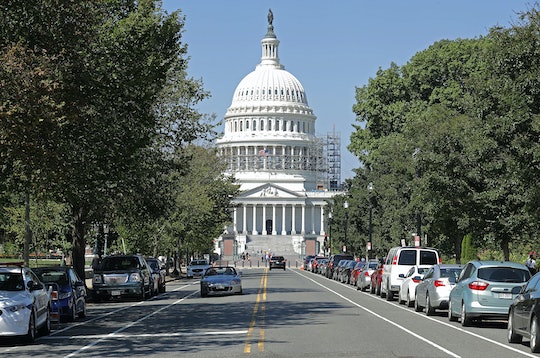 Who's Really Responsible For The Slow Zika Funding? It's A Bipartisan Failure

Wired is on the hunt to find out why funding to fight Zika has been stalled for so long. Senate Democrats recently blocked a federal spending bill that would have provided $1.1 billion to fight Zika in The United States because they believed Senate Republicans had added politically charged revisions. Republicans did indeed add a rider to the bill that would, among other things, prevent the Puerto Rican division of Planned Parenthood, Profamilias, from receiving a portion of the allotted money. Wired believes that the Republican who added this specific rider to the bill is the one solely responsible for the current deadlock over Zika funding. While that addition to the bill certainly didn't help government officials come together and join hands around a campfire, it isn't the only reason there still isn't federal funding to fight Zika. The lack of Zika funding is a bipartisan failure by our government representatives.

President Obama requested Congress allot $1.9 billion in emergency funds to fight Zika last February. It's been nearly 7 months since this request for emergency funds and yet Congress has not yet been able to provide the money. The Centers for Disease Control and Prevention (CDC) announced at the end of August that it was almost out of money to continue fighting the virus. According to NBC News, Dr. Tom Freiden, director of the CDC, told reporters bluntly that "we are out of money and need congress to act." Nearly three weeks later, Congress still hasn't.

Democrats blocked the federal spending bill that would have provided the $1.1 billion to fight Zika back in June. Congress then went on a seven-week summer recess at the height of mosquito season. According to the CDC, there are now 43 locally acquired mosquito-borne cases of Zika in the U.S., and travel-associated cases are now documented at 3,132. There are eight cases of Guillain-Barré syndrome associated with Zika. Members of Congress, both Democrat and Republican, were on vacation during the most dangerous time of year for mosquito-borne infections instead working across the aisle to fight the spread of Zika.

Members of Congress have since turned this critical issue into a frustrating game of finger-pointing. Democrats refuse to pass the proposed bill because Republicans used it to gain political ground by adding unrelated provisions that would "hinder access to contraception for women and weaken environmental restrictions on pesticide use", according to The New York Times. The provisions added by Republicans would restrict the role of Planned Parenthood, which provide services to help fight the sexual transmission of Zika and provide medically advised abortions to infected pregnant women. Democrats believe such provisions were added because Republicans knew they would not be accepted.

Meanwhile, Republicans believe that their Democratic counterparts are simply manufacturing arbitrary excuses to block the bill. Republican Sen. John Cornyn of Texas, The Times noted, even suggested the Democrats wanted to block the bill because they are "sore losers."

Florida Sen. Marco Rubio, has even said that he is dismayed by the lack of compromise between the two political parties, speaking on the Senate floor recently. "I've been talking about this issue since January and it's been frustrating to see it get tied up in Washington's political games," he said. Florida has been disproportionately affected by the spread of Zika and Rubio has been one of the few, it seems, willing to settle on a bipartisan compromise to get funding to fight the virus. (Rubio's troubling stance that women who contract Zika should not be allowed to get abortions, however, has thrown a wrench into his plan.)

Whatever the case, and no matter who's to blame, it's time for Congress to buckle down and work together to pass legislation that will aid those fighting Zika. While Democrats and Republicans bicker in the air conditioned halls of the Capitol building, people are being affected by this virus every day. Now is the moment for the elected officials in this country to do their jobs and come together to figure things out.