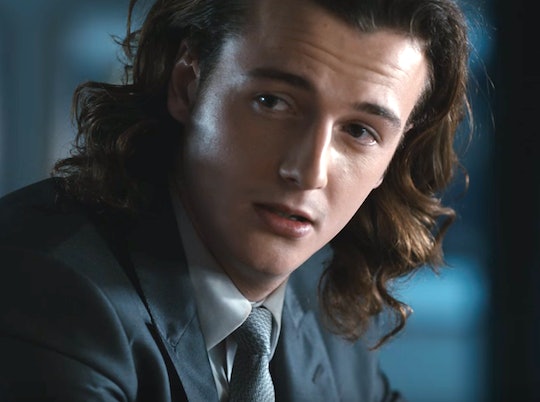 Who's The Guy With Liam Neeson In LG's Super Bowl Ad? Micheál Neeson Shares An Important Connection With The Actor

LG Electronics released its first Super Bowl commercial this year, and it's epic. Viewers will recognize the intimidating Taken lead, but who's the guy with Liam Neeson in LG's Super Bowl ad? Delightfully enough, it's Liam's real-life son, Micheál Neeson.

Filmed with an action-movie aesthetic, the commercial shows the elder Neeson as a man from the future advising his past self, according to The Wall Street Journal. It heralds the arrival of new technology, specifically the OLED TV. The CGI-filled spot is visually captivating, but what specifically makes it fun is seeing Micheál play a younger version of his dad. In a behind-the-scenes video produced by LG, Liam said he loved having Micheál on set:

Being able to work with my son, Micheál, has been absolutely wonderful, quite unique. It's also our first time acting together, and it's great to share the screen with him.

Micheál hasn't been in front of the camera very much. He made a cameo as a History Network reporter when his dad played the host in Anchorman 2's news fight scene, according to IMDb, but he'll have his first major movie role in The Rising: 1916. (The film tells the story of the 1916 Easter Rising Rebellion.)

In The Rising, Micheál plays politician Michael Collins who, according to the BBC, helped to create and govern the Irish Free State. Though he'll have to adjust to the exposure the movie will bring him in 2016, Micheál is getting a taste of the spotlight with the LG commercial.

In a behind-the-scenes video, he said that he enjoyed the opportunity to work with his father. "Working with my Dad [was] a very cool experience, very cool," said Micheál. "It's weird seeing him in a different light to him making me do the dishes or waking me up in the morning."

The ad wasn't just a family affair for the Neesons either. According to Adweek, executive producer Ridley Scott worked with his own son, director Jake Scott, to create the commercial. Both know what it takes to create a memorable Super Bowl ad too: Jake has previously directed multiple Budweiser spots, while father Ridley was the man behind Apple's famous "1984" commercial. In the making-of video, Jake said that pairing Liam with Micheál brought something special to the project. "It was really useful to have father and son working together because it's truthful," he said. "Authentic relationship already exists, and Micheál's innocence against Liam's obvious wisdom and experience is a nice dynamic contention created through that."

It's impossible not to love seeing Liam and Micheál Neeson on TV together. Hopefully this won't be the last time they collaborate.