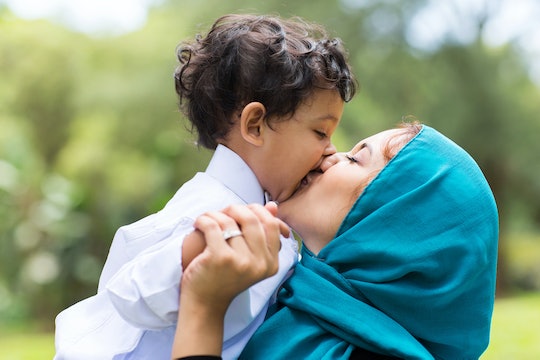 At the beginning of each semester, I face dozens of new graduate students, each with a name I must memorize. During roll call, I jot down the phonetic spelling of their pronunciation and quiz myself afterwards. Those first two weeks, I spend more time trying to learn their names than anything else. I know that the simple act of misnaming someone can feel like a sort of erasure. As thrilling as the prospect is, I also secretly dread having to name a child someday, because I know how every baby name has a certain meaning and consequence to it.

Naming something changes it. It impacts the characteristics, narratives, and legacy others will associate with the person. My own has often felt like a hefty talisman to carry. My father fell in love with the name after Saddam Hussein gave it to his youngest daughter. My father, not a supporter of Hussein, nonetheless loved the way Abu Hala — “father of Hala” — sounded and the name stuck. Four years later, Saddam invaded Kuwait, a betrayal that has always felt peculiarly personal to me, given my namesake.

Holly ate Lunchables and learned English with a nasal, Oklahoman twang; Hala loved stuffed koussa and earned a dollar from her grandfather for each Quran sura she memorized.

After my parents fled Kuwait to seek asylum in the United States, my name got bungled in American mouths unused to the guttural H sound. My parents gave me a new name, one that easily rolled off tongues: Holly. And just like that, my name changed from the Arabic noun for beauty to a shrub with poisonous berries.

As developmental psychologist Erik Erikson wrote, “In the social jungle of human existence, there is no feeling of being alive without a sense of identity,” and identity often gets its first cue from naming. My family’s circumstances necessitated our renaming, but it inspired a certain amount of emotional code-switching between my public, Americanized self and my private, Arab one: Holly ate Lunchables and learned English with a nasal, Oklahoman twang; Hala loved stuffed koussa and earned a dollar from her grandfather for each Quran sura she memorized.

The tradition of Anglicizing names in the midst of immigration is well-established and longstanding. Perhaps the most familiar archetype in American society is the cultural baptism of countless at Ellis Island, when names were given — often by individuals themselves — Anglicized and Christianized makeovers, to increase likelihood of entry and social acceptance.

The motivations for renaming are complex. “People's fates are simplified by their names,” Bulgarian author Elias Canetti once said, and the reverse is true. Various studies have shown the relationship between names and discrimination, with “White”-sounding names shown to receive more positive responses in work and public settings than names associated with people of color. The impact is intrinsic as well. One study showed that Chinese students who adopted Anglicized names exhibited different attitudes and behaviors than those who didn’t.

As such, the trend for immigrants to Anglicize names is often an act of self-preservation: who wouldn’t want to make their children’s lives easier? This is particularly relevant with culturally laden names. Yara, a Lebanese American artist, describes her uncle changing his name from Jihad to Joe after 9/11 as a necessary step, noting simply, “Jihad is no longer accepted as a name in the West.” Similarly, Nasim, a Pakistani graduate student, explains that her brother adopted the name Sam instead of Osama because “there was no way to ensure that people would see him first as a person with his own set of faults and attributes instead of the name and what is associated with it.”

When I moved back to the Middle East at age 13, my name returned to Hala, and once more I had to slip back into that former, discarded self. It wasn’t just that I had to ink out several worksheets because I’d started to write H-O-L at the top. I felt different. For years, I had kept Hala hidden like a dirty secret, always afraid my parents would accidentally let slip my private name in front of teachers or classmates.

No longer concerned with conforming as much as I could, I was free to take up more space.

But now, suddenly, I was in a world of Halas and Nohas and Alias, surrounded by people who could pronounce my name with ease, and with that inclusion came a certain emotional permission. I became more outspoken. I joined theater clubs. I ran for student government. No longer concerned with conforming as much as I could, I was free to take up more space. As my friend Nour, a Cultural Studies Researcher, says of the duality of renaming, “I took it upon me to make it easier on others, but always, somewhere in the back of my mind, Nour was dwelling.”

It is impossible to untangle the relationship between colonialism, power, and renaming. The first thing colonial powers like England and France did after occupying a country was rename the cities, schools, and even the people. Walk down any street in Beirut and you’ll see two names: one in Arabic and one in French. The topic of renaming must be understood within the historical context of accommodating names for the occupiers.

Discussing older generation members in her family, Sally, a social worker with Cherokee roots, says, “Many of them have two names, one for the non-Indigenous world. I come from a community where names are meant to be sacred, to evolve over the lifespan, but that goes against this society’s ideas about identity and permanence. Being given another name by someone outside your community is a kind of erasure.”

This isn’t an exaggeration. Numerous colonial policies in the late 19th century throughout the United States took aim at dismantling Indigenous identities through forceful assimilatory practices. This included changing Indigenous names en masse and replacing them with English — and Christian — ones.

When people insist on native pronunciation, when people denounce the cultural appropriation of names solely for being “exotic” or “unique,” it’s a political act, a resistance of that colonial tradition. Nation after nation has engaged in the de-Anglicization of names, shaking off the last vestiges of colonialism. As Alan, an Armenian American educator, describes, “A name is an entrance into identity. How we curate it says a lot about our values, our fears, and our joys.”

In Brooklyn’s McCarren Park, you might hear a parent calling after a Wolf or scolding an Atticus — signifiers of the parents’ beliefs about themselves, about being environmentally inclined or quirky or socially “woke.”

Still, reclaiming native names is a luxury. Having an unusual name comes with a certain social currency. In Brooklyn’s McCarren Park, you might hear a parent calling after a Wolf or scolding an Atticus — signifiers of the parents’ beliefs about themselves, about being environmentally inclined or quirky or socially “woke.” But in more conservative places, making yourself palatable is necessary. This is a particularly important issue in today’s political landscape, where the Anglo-Saxon bedrock is carrying on a backlash against anything perceived as “other.” At a time when most facets of identity are fixed (i.e., having a body that can be “read” as queer, black, Muslim, etc.), only your name is easily changeable. As Sarah, a Syrian consultant in the Middle East, says, “There is a massive trend in the region of Anglicizing children’s names so that we face less issues and persecution while traveling and applying for visas.”

I must have understood implicitly what the adults around me knew intimately: sometimes, fitting in is an act of survival.

For a long time, I silently condemned my parents for changing my name when we left Kuwait. But after years of clinical work with immigrants, I’m constantly reminded of my parents as young refugees, fleeing a war and coming to a country where they knew nobody, people for whom the world changed overnight. For them, I realized, it had mattered what they wore. It mattered that their appearance be as clean and nondescript as possible. It meant the difference between being interpreted as “different” and flying under the radar in a small town in Oklahoma. It mattered their names be pronounceable.

Last summer, I casually mentioned my name change to my father, and he tilted his head, confused. Baba, he said, we changed it because you asked us to. It stunned me. I tried to imagine what would prompt a six-year old to make such a momentous request. I must have understood implicitly what the adults around me knew intimately: sometimes, fitting in is an act of survival.

Over the years, my feelings towards my name have changed, from aversion to ambivalence to becoming fiercely protective of it. A few years ago, an old classmate sent me a request on Facebook, followed by the message, Aren’t you Holly?

I typed back a single line. It’s Hala now.