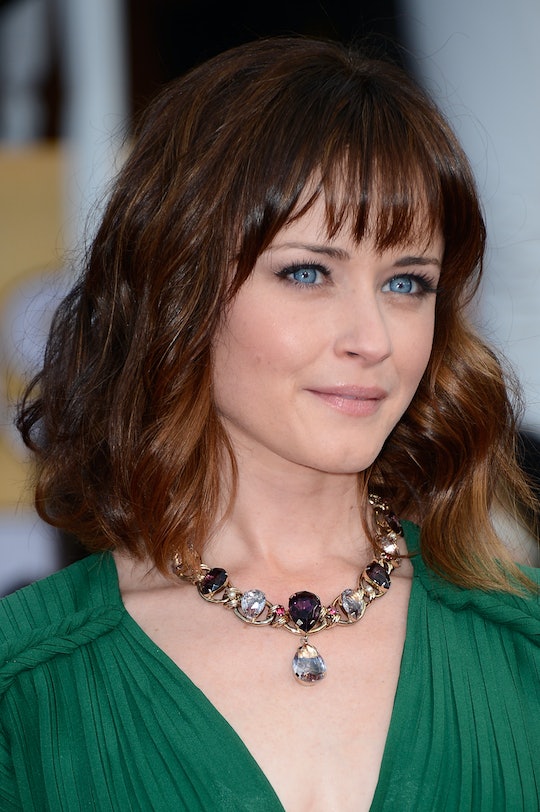 Why Alexis Bledel's Baby Name Is None Of Your Business

Just last month, Gilmore Girls fans around the world received quite the shock: actress Alexis Bledel managed to get pregnant, carry a baby boy to term, give birth, and withhold his name from the public for six months after delivering. Actually, it wasn't even Bledel's slip-up that made the news public — her co-actor Scott Patterson was the one who revealed the fact that Bledel is now a mother. Now, fans are clamoring to know Alexis Bledel's baby's name, which she has yet to reveal. And honestly? I think fans should let it rest.

Clearly, Bledel and her husband Vincent Kartheiser — who managed to keep their marriage a secret, as well — would like to keep their child out of public view. This might be disappointing to a lot of fans, who, having followed Bledel since she was a teenager acting on Gilmore Girls, feel like they've grown up with her. It's easy to feel entitled to celebrities' personal information: In a day and age where stars often share cute celebrity baby stories and Instagram shots of their tots, it can feel like we have a right to know those things. I mean, we follow them on Instagram and Twitter, right? Aren't we friends?

Granted, being an actor or actress in 2016 often means that there's an entire, non-negotiable package that comes with it: Whether actors think of it as a blessing or a curse, fame, paparazzi, and public interest in their lives just becomes part of the deal. However, that doesn't mean that celebrities need to entertain that interest. They're paid to act in TV shows or movies, not to join an involuntary, unpaid reality TV show on every minute of their waking lives.

Even more importantly, I think you'd be hard-pressed to find a parent who doesn't at least understand a parent's desire to keep their children's lives private. Protecting your children is probably one of the most instinctive, natural things a person feels — and whether you're someone who loves sharing public pictures of their children or you'd rather keep their details private, it's easy to see where those parents are coming from. As Blake Lively told Allure about preserving baby James' privacy:

And while I'm actually someone who loves discussing names and finds them interesting (blame the internal writer in me), I can totally respect a parent's desire to keep their family life private. After all, we love Alexis Bledel for her acting, and that's what she chooses to share with us — any details that emerge about her life after that should be entirely up to her, especially when they concern her child.