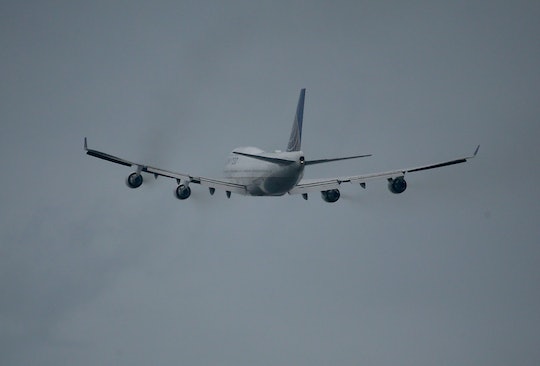 Here's Why Airlines Are Allowed To Overbook Flights

By now, you've probably seen, or at least heard about, the viral video of Kentucky doctor David Dao being dragged from a United Airlines flight to make room for a crew member. And if you're planning to fly in the future, you may be wondering why airlines are allowed to overbook flights in the first place, and whether what happened to Dao could happen to you. Although Dao's case was extreme, overbooking flights is routine, and according to The Economist, more than 500,000 U.S. air passengers were "bumped" due to overbooking last year. However, only 8.6 percent of them were bumped involuntarily, and usually things don't come to blows in the aisle, of course. United CEO Oscar Munoz released a statement (after a few previous statements) offering his "deepest apologies" for what he described as a "truly horrific event," and committed to "fix what’s broken so this never happens again."

According to TechCrunch, on average, 5 percent of airline passengers don't show up for their flights, so airlines typically sell more seats than are actually available in order to ensure that planes are full. It may seem like a blatant cash grab to resell a seat that's already paid for, but air travel is actually a very low-profit industry, and passengers who miss their flights are usually re-booked on a subsequent flight free of charge, so overbooking might be the only way that an airline can stay in business.

The Department of Transportation does allow overbooking, but when too many people show up for a flight, airlines are required to ask for volunteers before anyone gets bumped against their will. There are no rules for how volunteers are compensated, but usually they're offered a later flight and cash compensation. CNN reported that passengers on the United flight were offered up to $1,000, with no takers. If an airline bumps a passenger involuntarily, it must get them to their destination within an hour of their scheduled arrival, or else pay up. Passengers whose arrival is delayed one to two hours must be paid twice the value of their ticket (up to a $675 maximum), and those delayed more than two hours, or not re-booked at all, must be refunded four times their ticket price, with a maximum of $1,350.

So how can you avoid being the one who gets bumped? Airlines have their own guidelines on who gets priority. On United, unaccompanied minors and people with disabilities are the last to get the boot, and the airline's contract states that fare class, check-in time, and frequent flyer membership may be considered when deciding who to bump. American Airlines has a similar policy, Delta Airlines prioritizes members of the military in addition to special needs passengers, and Southwest's policy is first come, first served, regardless of any other factors. JetBlue has the same policy as Southwest, but because the airline almost never overbooks, it's one of the least likely to bump passengers, according to an analysis by MileCards. Your best bet is to do your research before choosing an airline, and make sure that you arrive with plenty of time to spare.